When Anglo official Willie McAteer told Patrick Neary that the bank would have its books in order by the end of last year, it is claimed the former Financial Regulator said: 'Fair play to you, Willie'
Emmet Oliver Business Editor 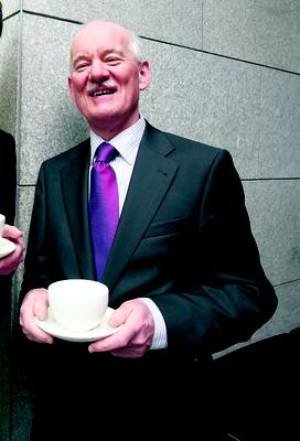 The former chief executive of the Financial Regulator, Patrick Neary, raised no objection to Anglo Irish Bank bolstering its deposits coming up to year-end with money from Irish Life & Permanent (IL&P) and in fact encouraged it, a confidential report prepared by the audit department of Anglo Irish Bank is claiming.

After a key meeting on 24 September, the then finance director of Anglo Irish, Willie McAteer, recalls a final exchange with Neary. In it McAteer told Neary the bank would be "managing the balance sheet at year end'', to which Neary is reported to have replied, "Fair play to you, Willie".

Anglo cites the exchange as part of "relevant correspondence" in defence of its actions during September. The frank exchange with Neary occurred in the final meeting of three – on 17, 20 and 24 September.

"The focus of these meetings was on the critical funding position of Anglo Irish Bank during September," the report says.

However, it says McAteer "specifically" recalls the exchange with Neary. David Drumm, the chief executive of Anglo Irish, was also present at the meeting.

The report also includes, for the first time, an allegation that Neary and other staff of the Financial Regulator's office took IL&P to task for talking in public about its desperate reliance for funding from the interbank lending markets. The report claims Neary and others told IL&P not to let this happen again.

The document, drawn up by Anglo "in anticipation of litigation" and marked 'confidential', suggests a range of officials from Neary's organisation were aware throughout 2008 of the nature of the transactions. However, it concedes that by December/January the view of the transactions at the regulator's office had changed radically.

The bank says its auditors, Ernst & Young in particular, were on the receiving end of sharp exchanges from the regulator over the issue. The auditors told the bank they were concerned about how the regulator was now approaching the issue.

Anglo said it was prepared for a disclosure but only in a method that ensured the bank and the sector were protected "in so far as is possible".

The bank explains the dire situation in which it found itself during September. Its regulatory ratio fell from €9 billion to minus €1 billion on 29 September and credit default swaps (CDSs), which ensure bank debt, surged to 700 basis points, a worrying sign. Discussions with Neary and his head of prudential supervision, Con Horan, were "extensive" at this time, the report states.

By January it was clear that IL&P and Anglo were both perplexed by the change of tone at the regulator's office. A senior executive at IL&P was described as expressing "disbelief" at the way the regulator was now behaving in relation to transactions that were known to it over an extended period.

Neary, the head of the Financial Regulator, announced his decision to retire on 31 January.

He said: "I am proud of my distinguished career spanning almost 40 years as a public servant who acted at all times in the public interest and it was a great honour for me to serve as chief executive of the financial regulator.

"In taking my decision to retire now, I am conscious of the need to uphold the good standing of the regulator and public confidence in it, especially at a time of great financial turbulence which is challenging all regulators worldwide."

Fair Play to you Mr. Neary and congratulations on your golden hand shake and pension of over 100,000 a year.