News | Markets | Interviews | Media and Marketing | International | Technology | Personal Finance | Recruitment | Motoring
Back To Business, Simon Kelly - Selling our sovereignty in the name of Europe
Enough – the PIIGS must rise up against this creeping Franco-German federal entity 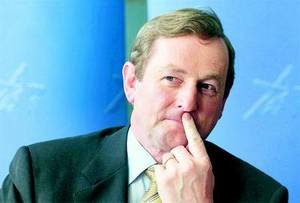 There is a concept that is widely used in American debt finance called 'loan to own'. Using this model, a loan is made to a project or company with the expectation that the loan will default. In this scenario a default is not seen as a problem by the lender because they will end up owning the asset anyway through the legal charge. In truth, the lender always expected the default to happen and they always wanted to own the asset.

Once the default has occured, the lender owns the property, and the equity that was invested has in effect just provided a discount for the bank. This is a standard finance strategy if you are seeking to acquire a company or project at a discount. It is not considered moral or acceptable behaviour but that does not stop it from happening.

The strategy works for the lender on the basis that equity will generally be too optimistic, and it will therefore be overvalued. Equity tends to price in all the upside without ever looking at the real downside. We have seen equity behave this way in a number of high-profile deals in Dublin including the Irish Glass Bottle Site. I have also had the personal experience of a bank providing 'loan to own' finance in America, and you end up feeling very foolish and annoyed. This leads me to the idea of Europe riding to our rescue and saving us all.

The grand European bailout was announced this week and it looks a lot like a 'loan to own' scheme to me. The European message was delivered in two seperate announcements, but the combined implications of these are clear for all to see. Europe will provide bailout funds for distressed countries if they comply with new European rules and limits and cede power. In the Franco-German version of this Federal Europe, Ireland will be a long way from the centre. We will be a long way from both Boston and Berlin, and closer to somewhere more like Ballynowhere.

This is a reverse takeover of Ireland and the other PIIGS (Portugal, Italy, Greece and Spain) by their creditors in the guise of an EU bailout. In exchange for this new debt, we will have to formally hand over the keys to the country. Brian Cowen tried to pretend that this was not the case this week in the Dáil, but I think that Enda Kenny has called this one completely right.

My initial thought on this development is one of sadness for the demise of Ireland, and the proposed exchanging of our sovereignty for a few euros. Countries should not be swapped for printed paper and we should be showing a lot more backbone on this issue and others. We do not need to follow the lead outlined by Europe. We owe it a lot of money, but this does not mean that it owns us. We need to take control of our destiny. We need to be in a trading economic zone but we do not need to be in a political union dominated by Germany and France. It is now clear that the euro was always a stalking horse for full political union. Let's lead the PIIGS and put a stop to this creeping Federal Europe. "We are not for sale" needs to be the message.

There is a simple solution that would solve the entire economic mess that Ireland and Europe is in. This solution is inflation. Inflation would crush the debt burden of households, businesses and countries. Inflationing the asset side of the balance sheet is a tried and tested method of writing off debt and correcting public finances. Inflation removes the need to reduce nominal wages, because the correction can be hidden. Inflation is in effect a transfer from savers to borrowers. This needs to happen to correct the euro area imbalances. The Germans have savings because we paid too much for their products. Inflation will correct the balance.

The ECB will ultimately be forced into taking this action through quantitive easing. Ireland needs to reject the political changes that are being sought by Brussels, and defend our soverign powers until this happens. In the end the ECB will print the money and this will inflate the system allowing us all to rise above the current mess. Printing money has always been easier than earning it but, in the end, the system will need to take this action, to protect itself. The EEC was created from the rubble of war which was caused by the debts of the previous wars. Debt is a dangerous catalyst for social unrest and it needs to be wiped out through inflation.

The Germans will resist this until the very end, but the alternative for them is soverign defaults and political breakdown leading to civil unrest. It is more politically and economically acceptable to have a soft default brought on by inflation. Gold is now at a record high so the smart money is betting on this.

Savings are wiped out through inflation so I think that people would be well advised to convert their printed paper assets into hard assets, and get ready for the rising tide. Time to empty the bank accounts again it seems.

Great article. I know that 'foolish' feeling quite well, although, I would say 'foolish' is more like an understatement.

The easy solution was to hand the bill to the German saver by not bailing out the Irish bank bondholder! However the political elite chose to pay (on 'our' behalf) a very dear price to try to keep a seat at the grown ups table in Europe.... Ironically, only to be treated like a child (this will be recorded as one of the worst economic policy decisions in history)

Intelligent and sophisticated European investors lent to Irish banks (via the bond market) which was invested and lost. The Irish taxpayer then bailed out the European (German) saver unconditionally and in the process created this new era of sovereign debt risk. Soon it will be the turn of the German state to save the Irish taxpayer but, this time, mark my words.....