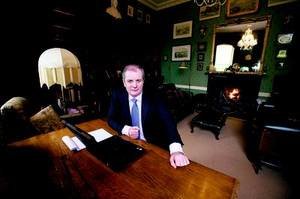 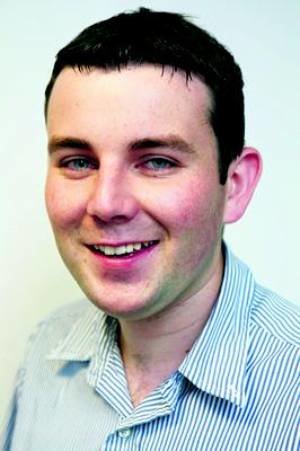 Newstalk reporter Chris Donoghue will replace Claire Byrne when she leaves her slot on The Breakfast Show, the Sunday Tribune understands. Meanwhile Gavin Duffy, from RTÉ programme Dragons' Den, is expected to be announced shortly as the new presenter of the lunchtime show which was left vacant by the resignation of Eamon Keane. Duffy was in final negotiations with Newstalk management this weekend, but station sources were confident they would be able to announce his appointment before the end of the month.

Donoghue (26) has been described by informed sources at the station as a "surprise move" due to his age and level of experience. "He is very competent, there is no doubting that, but he is taking on a big challenge, especially at his age and given the importance of the morning slot. A lot of people were expecting a better known name so this has come as somewhat of a surprise. Donoghue has been a reporter for a good while in here but there are still some raised eyebrows."

Donoghue has worked in various different capacities for the station for a number of years, and suffered from cancer a few years ago. It has since gone into full remission. He will co-host the show with Ivan Yates, although the former Fine Gael TD has asked to come to work later every morning and take over an hour of Tom Dunne's show, which starts at 9am. No final decision has been made on his request.

Duffy, meanwhile, is also no stranger to the world of radio. Twenty years ago, he was involved in the establishment of LM/FM in Louth and Meath and later sold the business to UTV for €11m. He then worked in RTÉ for a number of years and presented a TV show on business and finance called The Marketplace.

The station will promote its new schedule heavily in order to entice extra advertising. To date, Newstalk has not yet secured pivotal sponsorship packages for slots like the Eamon Dunphy show on Sunday, or for this weekend's live Premiership coverage.