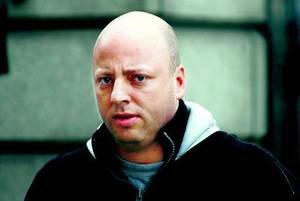 A HIGHLY-SENSITIVE secret intelligence file detailing the membership of one of the country's most dangerous gangs was compromised when gardaí sent it to a Dublin photocopying shop.

The file was seen by somebody in the shop who immediately informed a gang member that he featured prominently in it.

The dossier – which was destined for the DPP in the hope of bringing anti-gangland charges against senior criminals – was sent to Reads of Nassau Street on the orders of a senior garda who wanted to make it look as attractive as possible.

In an unusual move, part of the intelligence file on the gang responsible for murdering gang boss Eamon 'the Don' Dunne was brought to Reads by a garda from Store Street station instead of to the official garda photocopying centre in Santry.

The information about the Finglas gang was compiled over the past six months and is the most detailed piece of intelligence ever collated on them.

It is understood that a chart detailing approximately 40 members of the gang, and their position in its hierarchy, was brought to the printing store.

While in the shop, it was seen by a person who recognised some of the names on the list.

The individual immediately phoned one of the men who was considered by gardaí as a key member.

Detectives from the crime and security branch who were monitoring the suspected criminal's phone overheard the conversation.

The caller agreed to keep a copy of the list to pass on to this suspect.

After the conversation, specialist armed gardaí from crime and security and the National Bureau of Criminal Investigation's (NBCI) Organised Crime Unit (OCU) swooped immediately upon the store.

It was shut down for over an hour while detectives interviewed a number of people including staff members about what happened.

It is understood that gardaí questioned the person who rang the criminal and passed on the information. Nobody is expected to face charges as no criminal offence was committed.

Detectives are also satisfied that there was no copy kept of the highly-classified list.

A solicitor for Reads group said yesterday it "neither supports nor condones in any way any criminal activity in any shape or form".

Detectives are hoping to secure charges against several gang members under the new anti-gangland legislation, which has made it a criminal offence to be a member of or direct a crime gang.

The gang was originally led by Martin 'Marlo' Hyland but when he was murdered in 2006 by his own associates, Eamon Dunne took control and was murdered by his own gang last April.

There are official facilities at Santry for gardaí to have confidential documents copied, laid out and bound professionally.

Unusual for the Gardai to be so careless,why on earth was a doc that sensitive sent to a newsagents for photocopying?

Best read while humming circus music to oneself.

Keystone Cops? Sorry Sarge, I had a heavy date in town and If I had gone to Santry I would have stood her up and she was a fine thing and besides, I don't get the same expenses as a TD and I FEEL A BIT BLUE FLUISH

Or even the "Nutcracker Symphony"!

"Detectives are also satisfied that there was no copy kept of the highly-classified list"... Really? - all those copiers have hard drives in them and they record everything they copy...

a small cheap copier does not have a
hard drive/delete file,wipe hard drive?