Route 66: the public servants paid more than the Taoiseach
The bosses of Nama and the NTMA receive more than €500,000 each while the taoiseach earns €228,000 in comparison. Martin Frawley reports 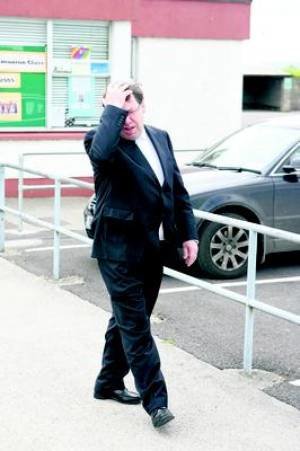 Sixty-six public servants are now paid more than Taoiseach Brian Cowen, a Sunday Tribune investigation has found. The numbers include seven Supreme Court judges and 37 justices of the High Court. The highest paid are the head of Nama and the head of the National Treasury Management Agency (NTMA), who receive more than €500,000 a year but who refuse to disclose the exact figure.

The survey was conducted in the wake of the release in Britain of the names of 172 senior public servants who are paid more than prime minister David Cameron, who receives stg£142,500, approximately €169,500 a year.

John Corrigan, the new head of the Ntma, and Nama boss Bernard McDonagh have hinted they may be prepared to release details of their salaries. But when asked in the Dáil last week, finance minister Brian Lenihan said he was unable to release salary levels for the Ntma and Nama as they were "confidential".

It wasn't always the case that the Taoiseach was down the public sector salary pecking order. Prior to the onset of the boom, it was an accepted principle that no public servant, bar the President, should be paid more than the Taoiseach.

In successive reports by the Review Body on Higher Remuneration, which sets the pay levels for the country's top public servants, the pay of the Taoiseach and the Chief Justice were always pegged at the same rate and nobody was paid more. But this principle was blown away during the boom.

In 1998, a Review Body report by the then head of the AIB bank, Michael Buckley, recommended that the ceiling on the pay of chief executives of commercial semi-states should be lifted altogether and their pay salaries should be based on high-flyers in private sector companies.

Despite strenuous objections from some cabinet ministers that this move would fuel a pay explosion in the public sector, the pay shackles on the commercial semi-states were lifted. And as predicted, over the next 10 years of the boom, pay levels went through the roof.

By comparison, in 2008 before he agreed to take a voluntary pay cut and waive bonuses, the pay package for the ESB's Padraig McManus including bonus, fees, pension contributions etc, was €654,321 – a 350% increase in 10 years over Ken O'Hara's salary in 1998.

But in the same period and also prior to the current round of cuts, the Taoiseach's salary had risen to €285,583 – a far more modest 117% increase.

But so far there has been no sign of this report and it is understood that it will be well towards the end of the year before anything emerges.

And all from borrowed money.

“The problem with socialism is that eventually you run out of OTHER PEOPLE’S MONEY” - Margaret Thatcher. Even Thatcher was right some of the time!

Yes, robert you're right, all from borrowed fiat money. what a joke. Do these people live in the real world at all? I guess not. We need a revolution in this country.

This makes me so angry. The gov in cutting back services where possible and forcing ordinary people to pay more tax where-ever they can add it on. Then wages like this are revealed. Shows that there r folk out there that simply r not "feeling the pain" or "taking a cut" during this recession.

Obviously the Irish public agree with these payments,otherwise there would be riots on the streets.We get what we put up with it`s a simple as that.