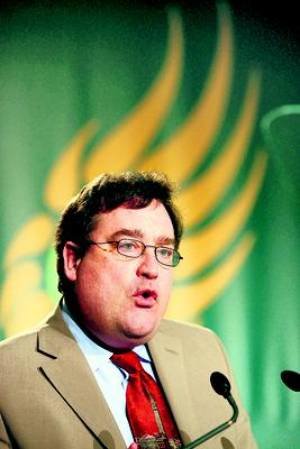 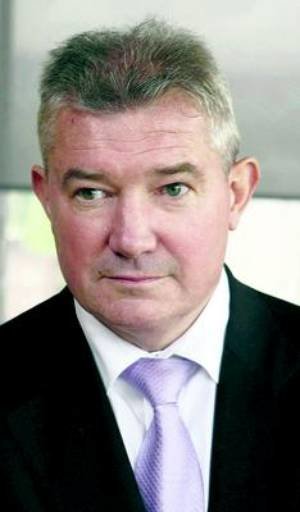 December's €3bn cuts may be the last as the public appetite sickens at the thought of more austerity budgets, the Green Party finance spokesman, Senator Dan Boyle, has said for the first time.

His comments come as the IMF predicted last week that, despite its plans for budget cuts and tax rises, spluttering growth would prevent the government meeting the EC's budget target to cut the annual deficit to 3% of GDP by the end of 2014.

Boyle acknowledged it was "probably a heresy" for a government party to question at this time whether the 3% target could be met.

"It is certainly doable if you want to be draconian every year. But is it politically feasible and is it socially possible? That is where I see the debate being had. Seeing that we have had three-and-a-half really difficult budgets, I do not see the public appetite continuing. It could be that we have neutral budgets for a period," he told the Sunday Tribune.

The Green Party finance spokesperson said the government would nonetheless have to push on with next December's €3bn in cuts. "The next budget is important," he said.

"I would be of the opinion that we can take stock," he said, and the government could then start to talk to the EC about neutral budgets. "It is not a government policy but I think it is just echoing what the IMF report is saying."

Boyle said that the remaining senior executives from the boom years at AIB and Bank of Ireland, including Colm Doherty and Richie Boucher, should "consider their positions" if the banking inquiry led by former Finnish official Peter Nyberg were to link them to reckless lending practices. He said that the banks had to various degrees been guilty of failing to co-operate with the Department of Finance.

Boyle also predicted that AIB was likely to end up in the majority control of the state in the coming months.

"My preference is that we would keep it under 70%, so in the case of a re-sale we will have that sort of benchmark.

"I have never seen it being fully nationalised but it can get quite close to the 70% [ownership]," he said.

The British pay 0.75% Property tax on average, of the value of their homes, whilst the Irish pay 0%. A similar tax here (with 80% discounts for Unemployed/Pensioners etc. just as in the UK) would tax the rich more, but would facilitate Ireland reaching the 3% deficit ceiling by 2013 - a year earlier than presently forecast.

Consequently, the risk premium on our National Debt (now EUR 84 Bn) would fall - as markets would treat Irish debt more favourably if State introduced this tax as a revenue generator - and we could potentially save e.g. 1% on the interest rate that the NTMA has to pay investors on our behalf. This could save 800 million to a billion a year in lower interest payments.
Lower interest payments = less austerity.

How do you think the Green party will do in the next election Dan ?

Well I lost my seat in the last election but I have chosen to ignore that . The Party will be wiped out but we will have done important work in regards to dogs and a carbon tax . The economy and the banking was not our fault as we were only learning the ropes .

Sorry, but I cannot take Dan Boyle seriously. He is a master of pushing for one thing, and telling the public something else. In other words, Dan Boyle is a very good actor.

Anyway, one thing is clear. Boyle has no intention of turfing out the failed GP ex-councillors, who were appointed to state quangoes, since the disastrous local election last year. (Full Marks to the Tribune for telling us about this in an article).

The GP are the party of the quango employee. What Dan really means to say is that the McCarthy report on culling useless quangoes is off limits. With so many GP activists and ex-councillors still needing state pensionable jobs, the GP wants quangoes to be an expanding part of the economy. Sure Dan is part of the best quango of all himself, he is the Taoiseach's nominee to Seanad Eireann - a waste of public money if ever one ever existed !!!

It wasn't me I didn't do it

Aren't all senior bank executives linked to reckless lending practices. Were these guys in charge of paperclips ? I thought a bank only had two major functions - lending being one of them and not lending being the other. So how could any executive claim ignorance of the reckless practice ?

Neutral budgets when we are running 10% deficits? Don't be ridiculous.

Who's going to lend DanB the money for his socially and politically convenient budgets?