Soccer | Rugby | Gaelic Football | Hurling | Golf | Racing | Other Sport
It's alive! The ultimate player of many parts
Professors Enda McEvoy and Ewan MacKenna enter the operating theatre and meddle with nature to create the ultimate Franken-hurler and Franken-footballer to scare the living daylights out of any team in 2011 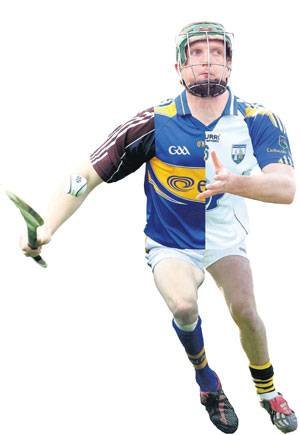 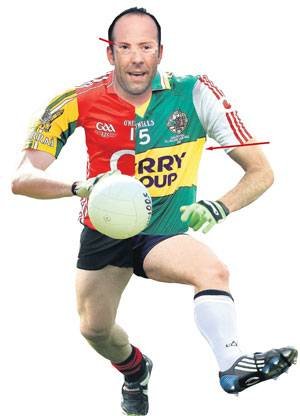 Someone else who required a category all to himself and this was the most obvious. While Walsh rates highly in numerous facets of the game, he's at his very best under the high ball. Although he's not the small man a lot of people seem to think he is, his secret is in the distribution of his body weight, the strength of his right arm and the precision-timing of the hoist of his left hand. Back-up donors Ronan Curran (Cork), JJ Delaney(Kilkenny)

Still no looking beyond this man. On days when Kilkenny didn't overtly need him he was content to stand back, wave the baton and do his bit. On days when Kilkenny most certainly did need him he was always first into the breach and was never, ever found wanting. And as we saw last year, if you're a club or a county team going for five in a row, best to pray he's fully fit. Back-up donors Donal Óg Cusack (Cork), Noel McGrath (Tipperary)

Easy one. With his strength and reach and cannonball shot Canning makes it look so natural, so straightforward and so inevitable, when in reality putting the sliotar in the net is none of those things. Give him a ball in a yard of grass within 25 yards of the opposition net and despatching it into the rigging is his immediate priority, with a point or a pass very much an afterthought. Back-up donors Lar Corbett (Tipperary), Darach Honan (Clare)

Not a lot between Canning, Shefflin and the two Eoin Kellys here, with the Waterford version more of a power hitter than his namesake. A last-minute free from a mile out and the Mount Sion Kelly would be the choice. We'd prefer his Mullinahone namesake to step up to one from a tight angle, though. The Tipp Kelly has been putting them over with ease and precision for a decade now, totalling 4-218 in his 49 championship outings. Remember the last time he missed a simple, or even a semi-tricky, free? Didn't think so. Back-up donors Eoin Kelly (Waterford), Alan McCrabbe (Dublin)

"Crap in every position" was one popular definition of a versatile player in the past. Not so now, and nobody exemplifies the virtues of the modern jack of all trades better than Maher, who can play almost anywhere from four to 12 and often has. Good in the air, excellent coming onto the sliotar, economical in possession and immensely intelligent. Was close to being Hurler of the Year last season. Should go one better in the next few seasons. Back-up donors Michael Rice (Kilkenny), Keith Rossiter (Wexford)

Perhaps the least important category for a top hurler (none other than Nicky Rackard was described by Fr Tommy Maher as having "bad leg action"), yet conversely the most difficult to defend against. Would be interesting to see a race between Corbett, Mullane and Damien Hayes, the fastest white man in Galway outside of Paul Hession. Where Corbett holds an advantage is that his engine has the capacity to take him to all areas of the pitch; scoring 0-4 from play from centre-forward in an All Ireland final, then popping up on his own endline to help relieve the pressure.

The most critical aspect of them all. Never mind goals, because some days the goals come and other days they don't. A forward who can score two or three points from play every day, however, is a pearl beyond price. Mullane has done it over and over again for a decade now and his average stands at 3.5 points per game, a figure that's borderline astonishing given it was compiled as a member of a team that didn't win an All Ireland. Did his stuff not only on the good days but also in the most trying of circumstances, such as the 2008 final and last year's All Ireland semi-final. Very rarely takes too much out of the ball and at his deadliest when shooting off his left from the right flank.

Largely in the eye of the beholder this one as most of the current batch of top hurlers have functional wrists rather than beautiful ones and very few are so amalach these days as to be regularly hooked. There is no Johnny Dooley, he of the impossibly liquid swing, out there these days. But McGrath is so luminously gifted that he had to be given a category of his own. Here's as good a place as any. Back-up donors Tony Browne (Waterford), John Gardiner (Cork)

Brick by nickname and brick by nature. Strong of leg, steel of hip, broad of shoulder and blessed with a fantastic engine. Every team needs a few strapping, honest to God country lads; Walsh is Waterford's exemplar in this regard. Genuinely tough man who, refreshingly, doesn't feel the need to run around showing just how tough he is. Back-up donors Joe Bergin (Offaly), Jackie Tyrrell (Kilkenny)

One of the highest yet least obviously visible virtues. Comprises a variety of components, among them hooking, blocking, timing, quick wrists, a good eye, judicious deployment of body weight, knowing when to stand one's ground and knowing when to get the hurley in. Delaney does it all and he does it brilliantly. Back-up donors Shane O'Neill (Cork), Noel Connors (Waterford)

The ultimate playmaker right now, and at 22 and with only one season under his belt, things will only get better. Not only has he a rare footballing intelligence that allows him to control the game, he has a left foot that allows him to turn vision into reality. Little wonder that in only his second start in Aussie Rules, the commentators noted of the Collingwood player: "On the back of this performance Qantas are going to sell a million tickets to Ireland. To recruiting agents." They'd have been wasting their time because there are few, if any, like him.

Perhaps the best athlete in football, certainly the strongest, and of the few who could stand up to and occasionally halt Darragh Ó Sé in full tilt. Coming off a year where he never got on the front foot enough but even when so far from his best, his power in winning ball, holding ball and halting the opposition was consistently evident.

A sign of the post-Darragh/Whelan/ McGrane era that the best hands in the business belong to a player usually lodged on the edge of the square? Not quite. His 6'5" frame, strength, leap, soft hands and basketball background means he does more high-fielding than anyone else and he does it better than anyone else. His occasional move out to the middle may have to become more common if Kerry are to rise again. Back-up donors Aidan Walsh (Cork), Dermot Earley (Kildare)

He's added more to his game in recent months, but it's a sign of his deadball skills that Sheehan is keeping some much better open-play forwards out of this Kerry team. Can miss the occasional pressure kick, but the following link alone – http://vimeo.com/15831360 – will show why he beats the men listed below. Back-up donors Cian Ward (Meath), Donie Shine (Roscommon)

"How can he run so fast with that arse," was the way it was subtly put outside Croke Park after the All Ireland. You won't find the answer here, just a tribute to a man no half-back can keep up with and who offers a Cork forward line built out of brawn something genuinely pleasing on the eye. And by that we mean pace! Back-up donors Keith Higgins (Mayo), Dennis Glennon (Westmeath)

The leading goalscorer in Ulster history. No fluke either. In his 41 championship games to date he's only kicked 46 points but has nailed 19 goals. Little wonder either, with that pace, power, finishing and a knack of being in the right place. Back-up donors Stevie McDonnell (Armagh), Alan Smith (Kildare)

Closing in on Gooch as the superstar of football. His ball-winning is more than impressive but it's a sign of his finishing that while often double-teamed in an ordinary forward line, he hit an amazing 4-25 from play last league and went on to average more than five points from play per game in summer. Remarkable stats from a man that doesn't miss much. Back-up donors Colm Cooper (Kerry), Joe Sheridan (Meath)

It's a cliché, but it's only so trite because he does it so well. He's developed a remarkable physique and built such an aggression, that a player with no right to forage amongst much bigger men has developed a niche role amidst the literal giants of the game. Back-up donors Seamus Kenny (Meath), Tomás Ó Sé (Kerry)

After the club final of 1992, Dr Crokes goalkeeper Peter O'Brien joked the only player to goal on him that day was a nine-year-old redhead. Nineteen years on and that mascot is the best about, thanks in part to his control and ability to beat a player off either side. Back-up donors Owen Mulligan (Tyrone), Leighton Glynn (Wicklow)

As unorthodox as he is effective, he goes against every rule when watching man rather than ball until the last second. His shadowing, ball-winning, blocking and ball-playing have been behind eight All Star nominations in nine seasons. Back-up donors Michael Shields (Cork), Rory O'Carroll (Dublin)

Thirteen years after being cleaned out on his championship debut, he's still bounding up and down the line. But it's not just longevity that wins him the vote. Last summer he kicked two points in the draw with Cork, two in the Munster final, and his battle with Stephen Kelly, while unsavoury, shows it matters as much after five All Stars as it did when the mantelpiece was bare. Back-up donors Graham Canty (Cork), Brian Dooher (Tyrone)

In mid-August 2008 he was finishing a move that sluiced Dublin open. In late August 2008 he was winning aerial ball in midfield against Wexford. That September he restricted Tommy Walsh to a point. More recently he's been full-back. Far from a jack of all trades, he's a master of many. Back-up donors Dan Gordon (Down), Eamonn Callaghan (Kildare)

Never one to let the situation get the better of him and in 2010 we saw some of the best examples of his self-control and calming influence. A torn ligament meant he wasn't the box-to-box player of '09 but he still led those around him from the middle and from the touchline against Monaghan when, after being substituted, he talked Kildare through the closing stages. Plus, who will ever forget his cool-headed contribution on the day of his father's burial? Back-up donors Graham Canty (Cork), Colm Cooper (Kerry)