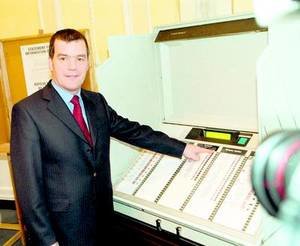 "The dinner was charged to the Visa card of a civil servant, who had a limit of €10,000 on her credit card"

A ST Patrick's Day trip for minister Noel Dempsey, his wife Bernadette and three staff in 2007 ended up costing more than €70,000, figures from the Department of Communications show.

Flights for the then communications minister and his wife cost €8,139 each while three more flights for advisors and civil servants cost €6,711 each.

Limousine hire on the trip ended up costing almost €20,000, paid to two different companies in two different cities, according to documents released by the department under the Freedom of Information Act.

Five of the people who travelled to Houston, San Antonio and San Francisco availed of first class flights on their trip.

Dempsey and his wife flew business class from Dublin to Atlanta, and then moved up to first class for the onward journey with Delta Airlines to Houston.

On their return from America, they flew first class with British Airways between San Francisco and London before moving to economy class for the last leg back to Dublin.

The advisers and civil servants flew in similar luxury except on their return from San Francisco when they moved to business class while the minister and his wife remained in first class.

In Texas, the group en­joy­ed a €750 meal at Bohanan's steak restaurant in the city of San Antonio. The restaurant's website does not even advertise prices online.

The dinner was charged to the Visa card of a civil servant from the department, who had a limit of €10,000 on her credit card.

In Houston, Dempsey – who is now transport minister – stayed at the St Regis Hotel where he and his entourage ran up an accommodation bill of €4,816.

In San Antonio, the minister and his entourage moved on to the Hyatt Regency Hotel where the room rate was similar at $580 and the total bill came to more than $1,000.

Overall, €2,219 was spent on the hotel on two nights' accommodation for Dem­p­sey, his wife and three others.

The group then moved on to San Francisco for the final leg of their trip where the hotel bill for the Westin Hotel came to €3,099.69.

According to the documents, a room for Dempsey cost a total of $538 and it appears that he then moved on to the Apple Farm Inn hotel where the per night rate was $263.

Car hire trip on the 10-day trip was one of the most significant costs involved in the trip.

Metropolitan Limo was paid €8,627 for 16 different collections and drop-offs, some lasting several hours, and each charged at the rate of $100 per hour.

Gratuities of up to $150 were routine according to the receipts, with an average of 15% handed over in tips to the driver after each trip.

When they got to San Francisco, the entourage ran up a limousine bill of €10,939, charged at $75 an hour over the course of a number of days in California.

The Apple Farm Inn where Dempsey stayed for a night was nearly four hours' drive from San Francisco itself and it is understood a considerable amount of the cost related to that journey.

Other costs accrued on the trip were €386 paid out on publications, printing and binding.

"The costs related to using PCs and a printer, primarily to download the Irish Times each day, but also to work on draft speeches and to print off/access emails sent from the consulate and other interlocutors in connection with the visit.

"Also included are charges for obtaining luggage carts for the delegation in Houston and San Antonio Airports ($3 per trolley)."

Four of those who travelled, including the minister, claimed a total of €3,650.23 in subsistence including a claim for €864 by Noel Dempsey.

Hilarious the way they use economy class on flights that they know will be loaded with PAYE taxpayers. But if they think that there will be no Irish taxpayers around, he ramps himself up to a more expensive ticket.

Another waste of space. He should have been sacked years ago for incompetence and nepotism.

Sack him, it would be cheaper for the country to hire consultants to do our buisness.

We really need to lead by example from the top, half their wages and half the amount of TD's ( 2 for every county that is 2 X 32 = 62) more than enough, close the Senate, it is only a job for those who fail to get elected.

Also half the Salary/Pay of top Civil and public servants, then the TD's and top people might be able to ask us ordinary people to tighten our belts for the sake of the country.

I see the GREENs are really putting the interest of the country first.

has anyone looked at expenses of our diplomats.

Dempsey has been involved in the giveaway of Ireland’s resources and the destruction of Ireland’s heritage in Tara. Of course he will consider himself amongst the finest of patriots, a prize mé-féiner if ever there was one. All St Patrick’s day political junkets should be stopped as they do nothing for the country.

Dempsey has neck like a jockey's bollocks. I'm so angry.

Dempsey's financial blitz is nothing less than a vicious slap in the face to all the unfortunate
docked tax payers.

People like him lord it up while the rest have to bear the burden of their waste.

Hanging is too good for them.

I watching a debate on Dutch television discussing the weekend crash of the Dutch bank DSB, and a Dutch Government financial representative said the following concerning the running of the DSB bank:

"That amount of waste, stupidity and gross incompetence you wouldn't even see in Ireland"
How right he is........
The programme is called "Pauw en Witteman" Monday Oct 12.

Dempsey Must Resign!Dempsey OUT OUT OUT!

DEMPSEY WAS THE GUY THAT INSTIGATED THE E-VOTING MACHINES,NOT CULLEN. CULLEN TOOK ALL THE FLAK BECAUSE THAT IS THE WAY THE FIANNA FAIL MAFIA BROTHERHOOD STICK TOGETHER. NOW THEY ARE ON HOLIDAYS FOR ANOTHER 2 WEEKS, ITS A PITY THAT THEY WOULD NOT GO ON A PERMANENT ONE.