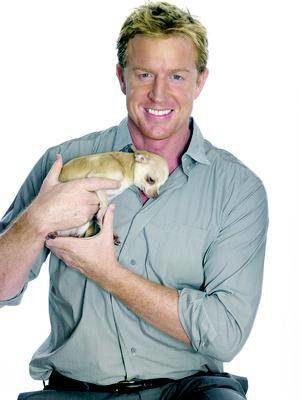 No. Why? Read that Kathryn Thomas made a Johnny Ronan crack in front of Glen-Ro.

That was marginally amusing but no, it was notable because, randomly, John Ryan was in the audience.

Ah, okay. He did that tabloid paper Stars on Sunday, back in the day? And then that gay magazine, GI?

Yes, both of which folded. And don't forget The New York Dog Magazine, another epic fail, although the documentary about it was bizarre if compulsive viewing. Then there was blogorrah.com, the satirical website. And that too hit the rocks in July 2007.

God, this is like publishing carnage. Wasn't he on telly recently – apart from the TV Now awards?

Yes, he wrote and starred in This is Nightlive on RTé last year, a sort of Anchorman-style parody of an Irish newsroom. Audiences didn't really get the joke though and RTé didn't commission a second series.

So where's he been since?

There were sightings in South America and India but now he's back on home soil and spreading the word he's putting a new website together.

Doomed to failure do you think?

Who knows, but column inches about his previous romantic highs and professional lows are a given. And you just know he's going to deeply offend some people along the way. Let the fun commence.