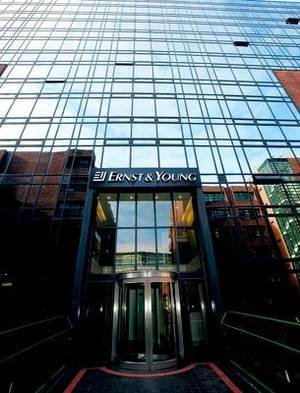 The internal audit report on the Anglo/IL&P deposit controversy poses fresh and serious questions about the role of Ernst & Young, the external auditors of the bank.

The company has already sustained serious criticism over its failure to spot or disclose the Seán FitzPatrick loans. But now the report, seen by the Sunday Tribune, alleges that Ernst & Young never raised formal concerns about the transactions, and in fact advised against the bank including disclosures about the transactions in a circular sent to shareholders just before Christmas.

The report firstly says Ernst & Young were made aware "from numerous discussions" that Anglo had entered into various balance sheet "management transactions" throughout 2008. Ernst & Young examined the transactions "in detail" as part of their audit procedures, the report claims.

The bank claims that at no point did Ernst & Young "raise a concern" with management or the audit committee regarding how the transactions would be accounted for in year-end accounts.

"Indeed it was not raised in any fashion within Ernst & Young's year-end presentation to the audit committee. Ernst & Young subsequently issued an unqualified audit opinion on 2 December 2008 in advance of release of the bank's preliminary results on 3 December 2008,'' the report records.

When it came to sending a circular to Anglo shareholders seeking their approval for a government recapitalisation plan just before Christmas, Ernst & Young, the report claims, did not see any necessity for disclosing any item on the deposits to be included.

"It was Ernst & Young's view that only information in the public domain should be included in the offering circular," is how the report sums up the Ernst & Young's approach.

While not disclosed at this point, there appear to have been some discussions within Anglo about including a note about the deposits in the annual report which was due to be issued in early 2009. This has since occurred, but details of the "circular" deposits between the two banks first came into the public domain from an RTE news report, which mentioned Irish Life & Permanent.

The report does not refer to the role of Sean FitzPatrick, chairman, in the events. But it does it make it clear that, even up to January 2009, David Drumm, the ex-chief executive, was answering questions in relation to the matters of deposits.