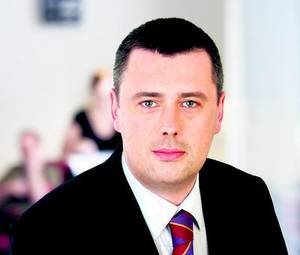 The HSE should not pay for public patients to undergo sex-change operations abroad when cuts are being made to frontline services for children, a Labour Party councillor hass claimed.

Colm Keaveney, from Tuam in east Galway, has called for a review of all HSE expenditure after a child in his area was denied funding for essential hearing-aid implants. His comments come in the wake of recent reports that the HSE has paid for at least 22 public patients to undergo sex-change operations over the past decade at a cost of around of €63,000 for female-to-male operations and €30,000 for male-to-female procedures.

"When allocating scarce resources, we must establish what actually delivers best value for society and the individual," he said.

"Depriving children of necessary aids and appliances at this point in their life will have a devastating social outcome in later years when compared to some very expensive procedures being paid for by the taxpayer.

"While I understand this may be offensive to transgender people, I would ask them to look at this through the eyes of a parent and try to empathise with how they feel about their child's wellbeing.

"Given the dire straits the country finds itself in, it is vital that we focus government spending on areas that will deliver positive results for our society in the long run."

A spokeswoman for the Transgender Equality Network Ireland said: "I agree that it is regretful that the HSE is making cutbacks in service provision [but] transgender people are part of Irish society and are also taxpayers so they are entitled to access healthcare appropriate to their specific needs, just like other people living in Ireland."

She added that "the government is now in the process of working on legislation that will finally recognise the legal status of transgender people in Ireland."

It was recently reported that the HSE is funding sex-change operations under the Treatment Abroad schemes, where the HSE pays for the treatment in another EU country when it cannot be obtained in Ireland. Keaveney was speaking after being contacted by parents of a child with hearing difficulties.

The seven-year-old child, who has 35% hearing loss in both ears, may have to be taken out of mainstream education as the HSE has refused to fund hearing-aid implants at a total cost of €1,600 for the child.

A spokeswoman for the HSE said the organisation does not comment on individual cases.

Regardless of whether transgender surgery has or has not been funded by the HSE, the needs of a child should never be neglected. Pitching agonised parents of a 7yr old against a distraught patient awaiting transgender procedure serves only to muddy the waters. The real issue here is yet another shortcoming within the HSE

Maybe the state pays for trans people to have surgery and neglects the children because children can't take them to court to fight for their rights?

Perhaps Mr Keaveney would like some figures? I earned about €47K last year ~€12K of that went to the state in taxes, PRSI, income levy etc. I have been earning this much for the last 3 years and benn paying high rate tax for five years. I also pay the majority costs of any medication I have been taking.

I do believe I have more than contributed more than triple the costs of a GRS operation to the state by now, so I do not expect any trouble seeking funding from the state.

The councillor seems to have failed to recognise that when the needs of a transgendered person are left untreated there can also be "devastating social outcome in later years". Mr Keaveney asks transgendered people to 'look at this through the eyes of a parent'. Is he not aware that some parents are transgender? Has he also considered that trans people have parents too? Perhaps the parents of transgender people should write to their local councillors and see if they can get a mention in the Tribune too!

The problem is the HSE, NOT minority communities. Shame on Mr Keaveney for this pathetic attempt at 'raising' his profile.

WHew! not an easy one .. THat's right, it doesnt even bear comparing cases!!
A child with hearing difficulties and a child needing a gender op..
[sorry clumsy language mea culpa]
how can u compare the two-- both sets of parents / families want to resolve their problems with as little stress as possible.
The paradigm we've built around ourselves is yet again showing the chinks in the fissures and .. as great humans once noted,
the full & wholly agreeable satisfying solution to these and any problems will never be accomplishd via the same thinking that brought us to these places to begin with.
Whatever you can do or dare to dream, just do it! For boldness has .. that essence which moves mountains .. sure how do our advancements get accomplishd if not for the bouldness of an individual or individuals who arent afraid to strike out in a way that no one ever has before?
[i know i was mashin the above supposedly well-known quotes; i was just tryin to illustrate again how in my opinion we might move ahead. No disrespect in any capacity intended!]

What is it then? i don't know what the answer is. But i suspect it may have somthing to do with poverty consciousness. Whatever the man said, it seems in the spirit of poverty consciousness, like there's only so much that can go around. We must prioritise.
And so we must.
But when it comes to human beings, there is no comparing. Everybody counts.
Tisnt a competition lads.
God be with us and good luck!

I find it shameful that a politician should use the HSE's "funding of transgender procedures VS the funding of child aid" as a crutch to raise his profile. The bottom line is this: every person in this state is entitled to medical aid, weather they be a sick child, or person living with GID. The mere suggestion that trans persons are responsible for taking funding away from childrens' aid is downright disgusting. It's the HSE's shortcomings if they fail to ensure support isn't given to all members of this state.

I wonder: Have Labour's LGBT group commented on Councillor Keaveney's statement yet?