A new kind of snip: a dozen ways to trim our public sector pay bill
The Sunday Tribune has identified up to €4.3bn in radical savings that could be made in the public sector in December's budget. Although some of the cuts are symbolic and save hardly any money, and some, like a hefty cut in the wages of the judiciary, cannot happen for legal or constitutional reasons, our trawl through public sector budgets has identified several areas where Brian Lenihan could make inroads into our massive budget deficit.
Martin Frawley explains the figures 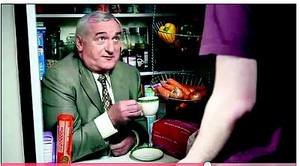 The cost in 2009 of paying 166 TDs including secretarial assistance, travel expenses and other allowances was €44.7m

The cost in 2009 of salaries, secretarial assistance, travel, allowances of the Seanad was €9.4m.

There are 28 commercial semi states including 10 companies operating our ports. Each is headed up by a chief executive whose salary is ultimately under the control of the state, though the salary of other senior managers is not. Finance minister Brian Lenihan is currently reviewing the pay of the state bosses while economist Colm McCarthy is assessing the possibility of the state selling off some semi-states such as Bord Gáis in order to boost the exchequer funds.

The top paid semi-state boss is the ESB's Padraig McManus who last year was paid a package of over €750,000 including a €104,000 bonus for completing his seven-year contract as CEO. Declan Collier of the Dublin Airport Authority received €568,000 and Donal Connell of An Post was paid a €500,000 package. Lower down, the CEO of Bord na gCon and Horse Racing Ireland would not be paid that much more than the €150,000 cut off.

5. Abolish private secretaries, drivers, advisers and helpers attached to the ministerial and constituency offices of Ministers and junior ministers

Total estimated cost of 95 agencies for this year is €5,174.3m. However, the larger spending agencies effectively act as grant distributors for the government and even if they were abolished the grants would still have to be disbursed.

For example, the Higher Education Authority will cost close to €1.3bn in 2010 but the vast majority of this was used to fund colleges, universities, etc, which would still require funding should the HEA be abolished.

Therefore, extracting all the funding/grants, etc, from the cost of agencies, which totals €4,247.8m, effective savings from abolishing the quangos would total €926.5m.

There are currently 18 secretaries-general or heads of department – one in each of the 15 departments and an additional three in Finance. Salaries range from €188,640 for most with the secretary-general in the Department of the Taoiseach and Finance (overall head) on €220,000.

9. Cut average public sector wage to average wage of all workers (alternative to No. 8)

Average weekly earnings for all workers, according to the CSO's latest statistics, are €690.48, while average weekly earnings in the public sector are €904.79 (excluding the 7% pension levy introduced in March 2009). To reduce public sector wages to the average wage across the country would thus require a cut of 23.7% or 16.7% if you take account of the pension levy.

Public service pension bill in 2010 is €2.2bn and is increasing at a far faster rate than the pay bill for serving public servants.

11. Abolish pensions to all former Presidents, Judges and Ministers

The total amount of pension and severance payments paid last year to former presidents, taoisigh, judges and ministers was €11.1m.

Many of these people are still working. Former minister Máire Geoghegan-Quinn, for example, is Ireland's EU Commissioner. Former taoiseach Garret Fitzgerald writes a weekly column in The Irish Times. Bertie Ahern controversially sits on a number of international boards and recently appeared in a cupboard to promote his newspaper column. Former agriculture minister Ivan Yates continues to claim his pension while hosting a radio show on Newstalk, and also owns a bookmaking firm.

This year, the government will spend €53m on outside consultants, not including the €31m spent on advice on the banking crisis.

What about councillors. We have a total of 1,600 councillors. Surely we can reduce that by half? Also why do we have so many mayors? In Waterford alone we have four. We don't need that many.

i wonder what paul the "conscience wrestler" gogarty thinks of these brilliant suggestions, i presume silence,he would sooner double college fees and cut the carers of special needs children.

I am totally behind those type of cuts, and as a public servant earning less than €690.48 and that is excluding the pension levy I would get a pay rise, right? I wouldn't need FIS anymore.
It's about time these bastards at the top were cut properly, and about time some of the moron's out there stopped generalising about the Public Service, you really haven't a clue.

I'm quite surprised that you failed to know or state the need for constitutional change to reduce: The pay of judges; numbers in the Dail; abolition of Seanad. Very many Quangos could/should be abolished but are you suggesting the largest one HSE should go together with the important or regulatory ones such as Hiqa, EPA, IDA, EI, Central Bank etc?
The exception or reform of the strategic Quangos, together with a full list of the ones which would not 'be missed' would have given credence to your article.

I believe the suggestions given will be implemented when the IMF takes over next year but until then let's stick with the soft targets and leave the social elite alone. The budget will raise taxes via income and the dreaded property tax-
social welfare will take a big hit as people living on state handouts can't really go on strike. I suspect the heatlh budget will get a 10% slash and God forbid they'll cut the state pensions- but you know in this economic black hole anything is possible...

I fully endorse those plans that would see the Golden Circle do their patriotic duty.

I'm actually gonna bookmark this page and hound politicans with it at the next general election.

I disagree with cutting TDs salaries. If you pay peanuts you get monkeys and we have more that our share of monkeys already in the Dail without attracting more.
Cut out nepotism and 'jobs for the lads' culture and nominate the best qualified person to stand for office.
Bridie and Mick have had their go and have made a complete dogs dinner of the country through inability to do the job. They should be sent out to pasture for good and bring in new blood. Appointing David McWilliams Minister for Finance would be a start!!

Good ideas.
But, why do we always ignore the appalling rip-off in the health budget, where our consultants and doctors earn up to fourteen times more than their counterparts in europe?
We could save hundreds of millions AND improve health care standards if we employed Irish doctors at say Italian rates, doing only public work in public hospitals. Harney will never go for it. Too many doctors in the Dail. Comhairle na N'Ospideal is a union for consultants, not a free thinking advisory body for government. Start the cuts at the top boys !
This is a scandal that needs to be opened up and now looks like the time to do it.

Will you be cutting private sector wages in the same way? I'm going to assume the answer is no!!

Why would you reduce average public sector wages to the average across all workers? This includes unskilled workers who require no qualifications or experience. This is another example of pointing the finger at the public sector and encouraging a culture of complete ignorance of the reality faced by workers across the country. You are not comparing like for like at all!

There has been a complete media exercise to make public servants the enemy of the state as they have permenant jobs. Dont forget that without the earnings of public sector workers there are many more retail and service industries who would be closing down as there would be a lot less cash being spent on a daily basis.

Think outside the box. Let our Defence Forces and Gardai run the country.
Dismiss all politicians without pensions and golden handshakes, statutory redundancy only at best.Root out all the waste as mentioned by other commentators.

There is no reference to cars. All cars used by cabinet members,junior ministers and others, former taoisigh included should be surrendered Now is the time for patriotic action.Also next time a major road project is completed.it would be more approapriate to have a pupil from a school in the area to announce that certain towns have been bypassed and journey time will be reduced between major centres. We dont need Dempsey wasting our money being driven somewhere to state the obvious.

#Fiona: What rock have you been hiding under for the last few years? All of those people queueing outside the dole offices are private sector employees, and most of us private sector people have taken massive pay cuts. No jobs for life, crazy holiday and pension entitlements for us. And whats wrong with benchmarking the average public pay to the average private pay - you were all screaming for it a couple of years ago when things were good.

Most of the other ideas are great, cutting top level pay will make lower level cuts more palatable and there are too many TD's and Councillors, but getting rid of the Seanad is a bad idea.

The public sector workers are not the enemies of the state. They just have jobs for life, higher wages and super pensions. This is due to their superior "qualifications and experience". The rest of us are jealous.

why has nobody mentioned the biggest
robbers of them all. the legal profession.

Slash and burn the costs.