Books | Films | Music | Other
Radio Critic, Eithne Tynan - Milking the business of Cowengate for all it was worth 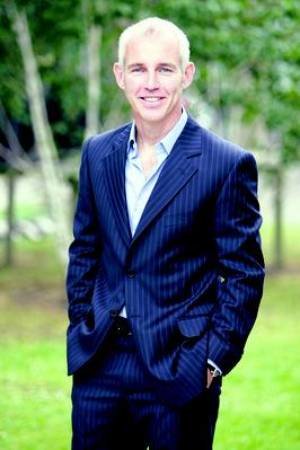 "We said no, and they said they may need to get a warrant,' said D'Arcy, revelling in a plucky commitment to the freedom of the press" Ray Darcy

This business with the taoiseach's portraits – 'Cowengate' (I know, I know, but the old ones are the best) – would be serious if it weren't so funny. It may have done no good for Brian Cowen and his belligerent little munchkins on the back benches, but it has done wonders for others, namely the artist Conor Casby, and the Ray D'Arcy Show on Today FM.

On Wednesday's programme, D'Arcy and his team could barely conceal their excitement at being in the thick of something important for once.

"You might have thought the story began on Sunday in the Tribune," said Darcy, stealing the scoop, "but it actually began on January 19th when we received an email from a friend of the artist attaching a nude portrait of the Taoiseach."

In a voice as pregnant with meaning as Eileen Dunne's on the television news the previous evening apologising to the taoiseach, D'Arcy revealed that the guards had been in.

"Things took a little bit of a turn for us yesterday," he said, building the suspense. Producer Will Hanafin had been dispatched to deal with a garda waiting menacingly in reception, who told him that "the powers-that-be want action taken".

The garda asked for the artist's email address. "We said no, and they said they may need to get a warrant," said D'Arcy, revelling in a plucky commitment to the freedom of the press.

Texts began to stream in, including, funnily enough, one from a garda pleading for leniency. The team encouraged D'Arcy to keep on reading them, even though they were all saying the same thing.

"Keep going, it's all we can do," said Hanafin, for all the world like a man holding back a tank on Tiananmen Square.

At about the same time on RTE Radio One, Pat Kenny was locking horns with chief munchkin Michael Kennedy, TD for Dublin North, who was all outrage. You'd wonder what Kennedy was looking for there, so far up Brian Cowen's fundament. Surely he can't be angling for a junior ministry this far into the off-season.

Pat Kenny was refreshingly hostile towards him, by Pat Kenny standards. However, maybe predictably, he focused on only half the story. He wanted Kennedy to justify the Taoiseach's demand for an apology; RTE's ludicrous capitulation to it was not discussed.

Kennedy was incensed at RTE's insult to "the role of Taoiseach" – though I'm sure we can all think of at least two Fianna Fáilers who have done more to denigrate that role – and to Brian Cowen's dignity as "a husband, as a father and as a son".

This last had obviously been rehearsed, as he kept repeating it.

"We are talking about the role of Taoiseach here, right? We are insulting the role of Taoiseach, right?" Are you right there Michael. "And we're giving foreign broadcasters the opportunity to downgrade Ireland, you know, going back to the pigs in the parlour scenario." Aha, just as we suspected, it's that old fear of being laughed at by the Brits again.

He asked Kenny how he would feel in Cowen's position. "I'll tell you what, I would want to buy the picture and hang it on my wall at home, because I have a sense of humour," said Kenny. This will have come as news to his many listeners, but never mind. We're on his side for the duration.

Kennedy could only repeat himself again and again with the "affront to the dignity of Brian Cowen as a husband, as a father and as a son".

Lord but he was hung up on that husband-father-son thing. But why did he stop there? Was it not also an affront to the dignity of Brian Cowen as a brother, as an uncle, and as a nephew? As a grandson, as a godfather and as a brother-in-law? As a first cousin, as a first cousin once removed, and as a second cousin? (Okay I've run out.)

Kenny concluded his defence of RTE by saying that "we are not unique in sometimes offending the powerful". No, but you may be unique in apologising for it. Still on censorship, there's one man who is routinely given leave to disgorge his propaganda all over the national media.

Israeli ambassador Zion Evrony was on Tuesday's Morning Ireland to defend Israel against the latest UN reports accusing it of human rights violations in Gaza. He said the human rights council is "a very biased body" that seeks to "demonise" Israel.

Cathal Mac Coille was relentless, to his credit, but there is just no getting through to that man. There are US$3bn a year between him and all harm. If there were any dignity in Leinster House, he would have been expelled in January.