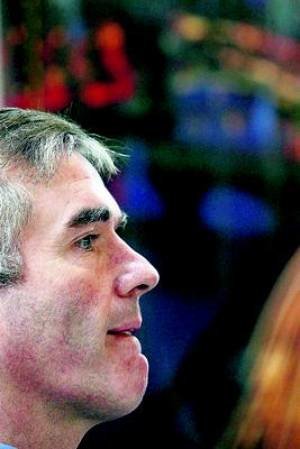 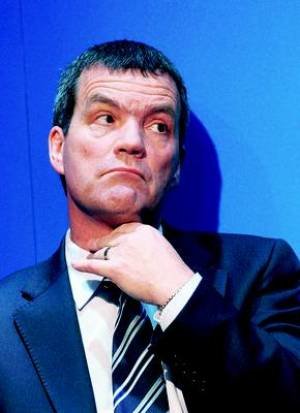 Dempsey: 'How was this allowed?'

EMBATTLED Senator Ivor Callely still has not paid back more than €6,000 that he owes the Department of Transport.

The Fianna Fáil politician, who has been at the centre of an ongoing expenses storm, told the department he was too preoccupied with his court case against colleagues in the Senate.

It has also emerged that transport minister Noel Dempsey raised concerns that an over-payment to Callely was pointed out to this newspaper.

The minister's personal secretary asked a civil servant to explain why the discrepancy in Callely's expenses had been specifically mentioned in response to a Freedom of Information request by the Sunday Tribune.

A briefing note prepared for Dempsey and other senior civil servants said that Callely's claims for mileage as a junior minister at the Department of Health had already been the subject of controversy.

During his time at that department, Callely had claimed the maximum allowable 5,000 miles each month despite living in Dublin, and continued to do so on moving to the Department of Transport.

The briefing note further explained: "Two separate claims for mileage were made relating to the month of April 2005 and each of these claims was paid, resulting in an overpayment of €3,257.

"This has been drawn to the attention of the journalist as well as the follow-up actions mentioned below [a change to expenses procedure and notification to Callely]."

An email sent by Dempsey's private secretary Veronica Scanlan said that the minister had a number of questions.

The email reads: "Why was this drawn to the attention of the journalist? When was the overpayment discovered? How was it allowed to happen?"

The response to the minister from a civil servant said: "The double payment made to minister of state Ivor Callely was brought to the attention of the journalist because the records released were presented in chronological order and the April '05 double payment stood out.

"I felt the situation needed to be explained and I made an informed judgment call (having discussed the matter with XX, XX and Secretary General) on this and it was to be open and transparent about the double payment."

The department had already written to Callely on 8 September explaining to him that the overpayment of €3,257 had been discovered in his expenses.

The letter said: "I apologise that this is only being brought to your attention at this stage.

"However, it is incumbent on me to request that you make arrangements to reimburse the department."

In response, Callely's secretary said: "I wish to acknowledge receipt of your letter addressed to [the senator]... regarding expenses overpayment.

"Senator Callely is busy at present with matters relating to Seanad enquiries and your letter will be brought to his attention as soon as he resumes normal duties."

A second discrepancy in Callely's expenses at the Department of Transport of almost €3,000 was then discovered by the Sunday Tribune.

Under the byzantine arrangements for mileage allowances, a junior minister was allowed each year to claim the first 4,000 miles he travelled at a rate of €1.40 per mile.

All mileage from then on, however, could only be charged at the much lower rate of 65 cent.

Midway through the year, Callely had switched departments and on arrival at Transport had made a second claim at the higher rate, resulting in overpayment of €2,981.

A letter sent to him by the Department of Transport in late October said: "Following further examination of our records it has come to light that you were paid expenses by [us]... for 4,000 miles at an incorrect rate."

It continues: "I am sorry that this matter is being brought to your attention only at this stage.

"However, it is incumbent on me to request that you make arrangements to reimburse the department. Together with the amount referred to in my letter of 8 September, the total due is €6,238."

No response has yet been issued from Callely's office, the Department of Transport said.

They are all doing it in one form or another, eg Ahern, how can he carry out his job as TD, attend the Dail, write a book, be chairman of a company, & go to Fagin's.
all the culchies are at it too This lot should be paid a salary, & no expenses, Hanafin living in Dublin recently had a claim for over 3000Euro that is 5months salary for the lower paid, & if the TD's believe their talents are priced higher elsewhere they can go. we need a radical change in government to sort all this out.

We need to get rid of Leinster House
It's a Liability around the neck's of decent Irish Citizens - next Election we just get the same - DIFFERENT NAMES . Not one of the other Parties are calling for wage cuts and expenses cuts for themselves. All the do is Waffle and more Waffle. They think we are all stupid moron's and can not see through them.
It's time we all stood up and fought for our rights. It's a disgrace that those thieves are earning more than the US President - We are a joke as a Nation

We get the politicians we deserve. Ahern, Callelly, Lawlor, Burke, Pee Flynn and all the other clowns were voted into office. There is no end to the stupidity of the irish peasant, urban or rural.

Anyone can call into a garda station and ask that the gardai start a criminal investigation into this clear case of fraud against the state.
This is the law, even if Biffo and Co. are doing their best to avoid angering someone who knows where the bodies are buried.
It is every citizens right and there is no limit to the number of requests any citizen can make. Insist on a copy of your request, in writing. Write it like this;
" I............... of....................... demand that the Gardai investigate the apparently illegal and fraudulent claims for expenses not legally payable, made to TD Ivor Callely, as reported in the Sunday Tribune. Please advise me by post, within ten days, of the formal response to this citizen's request.
Signed.........dated..........."
As simple as that.
My own is on the way. I may try a dozen stations, maybe more. There is still no law against actually "being" a citizen ???

I must admit Jack,I admire your spirit and it really is a shame there aint more like you.Personally I'm preparing myself for the next big shocker;I have a feeling that FF might not fare as badly as expected in the next election!