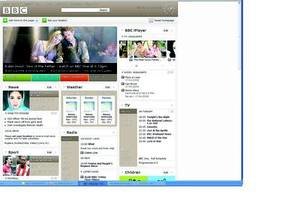 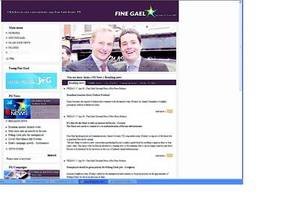 FINE Gael has admitted its new website, which was launched last week, was "inspired" by the BBC, but denied it is a total rip-off, as online bloggers have described it.

The new site, which has been months in the making, was criticised by the web design and development blog Iamsteph.com as "blatant plagiarism".

Defending itself, the party said it had browsed through all of the top news and political sites to seek inspiration for the new look.

"What has been asserted is not correct; there are grains of truth in this thing but they would get a life of their own on the internet," a party spokesman said.

"We looked at all the best news and political websites around the world and we liked the look of the BBC site so we wanted to have a template that looked like the BBC.

"We looked at the Republicans, the Democrats, Labour, the Tories, the SNP, Sarkozy, Merkel; we looked at all of them – Sky, the BBC, Unison, Time – all the main strong websites to see what worked and looked the best."

But that's not what online observers say. Some of them believe it is a replica of Britain's top news site.

Dublin-based blogger 'Steph' – a web designer and developer who works in web and digital media – pointed out technical changes to the site which "ripped off" the BBC.

The blog sparked a frenzy of online techno comments relating to the change in codes, colour schemes and class names.

Commenting on some more minor tweaks to the site, the blogger noted: "A decent effort at a cover-up of blatant plagiarism but anyone who frequents the BBC website for their news fix would still spot the 'inspiration' or at least start rubbing their chin and say 'it looks familiar but I'm not sure why'."