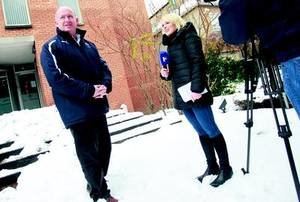 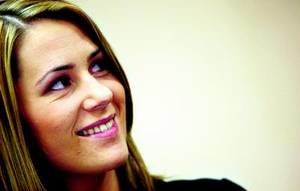 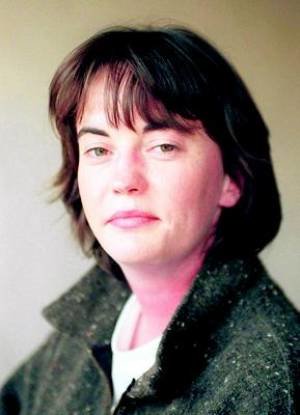 Mary Hannigan of 'The Irish Times' 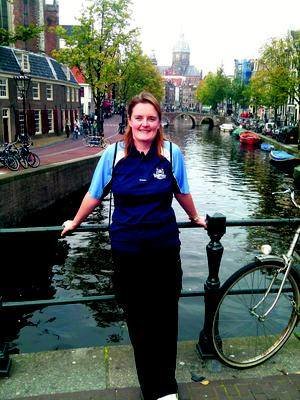 Gray and Keys left sports channel Sky Sports after a sound clip was leaked of conversations in which they had suggested that women knew nothing about football's offside rule. Separately a video outtake was leaked online in which Gray asked a female reporter to tuck a microphone down his trousers.

For RTÉ's Evanne Ní Chuilinn, Gray's behaviour was all too familiar.

"I have watched the second clip where Gray asks his co-presenter to tuck his mike into his trousers, and then I have watched it again. If you look carefully at her reaction, you can see that she is deliberately ignoring what has been said, and I know that feeling and that look so well. I've been there myself, where the fellas are being fellas and they are messing around and making little jibes.

"She was well aware and did exactly what I would do, brush it off and move on. She did not get involved. It does happen in this field that there will be sexist comments thrown around, and you just have to laugh it off, because otherwise the focus is shifted onto you in a new way, when all you are trying to do is your job."

However, Ní Chuilinn said she has never confronted a male colleague when a comment or jibe has been made and instead has always chosen to brush off any remarks.

"I have never called anyone out because I just don't think it is worthwhile," she said. "I have had incidences over the years where inappropriate comments have been made at me and you just get on with it."

Ní Chuilinn's RTé colleague Siobhan Madigan agreed that working as a woman in the sporting media brought particular difficulties. "When you are a female in sports, you are a woman in a man's world. I do a lot of work on boxing and that would be 95% male dominated. Unfortunately sexism does exist. There are always one or two who have notions of themselves and will offer their so-called opinion without a thought, and it is like something from the 1950s."

By the middle of last week, Gray had been sacked from his €2m-a-year post and Keys left the station soon after, both having apologised for their conduct. Gray decided to launch a lawsuit against Sky. Keys spoke of "dark forces" at play and his suspicion of being "stitched up".

"In incidences like the one which we have seen [last] week, I would say that the punishment fits the crime," Madigan said. "Keys jumped before he was pushed, and when Gray says things like he believes people were deliberately digging around it just makes no sense, because there had to be incidences there in the first place to actually dig into."

The real loser last week, according to Irish Times sports journalist Mary Hannigan, was Sian Massey, the assistant referee whose presence at a Premier League match between Wolves and Liverpool sparked the comments of Gray and Keys. "It certainly hasn't been positive for Sian Massey who will now be scrutinised in every match she officiates, with the cameras waiting for her first incorrect call," Hannigan said. "But I don't think this business has set things back at all. It has, I think, moved things on a bit."

Hannigan said that while she has experienced the occasional barb, she has not come up against the kind of sexism displayed by Keys and Gray. "Apart from the fella who suggested I'd be better writing about royal weddings than sport, and in fairness, he probably had a point, I've had very few problems at all. But that might be because my male colleagues were just grateful when I explained the offside rule to them."

The landscape of sports reporting and even sports in general is a changing one, according to TV3 rugby correspondent Sinéad Kissane, who said there were more women in the field now than ever before.

"I have seen an increase in female reporters and athletes over the last few years," she said. "Previously it would have been a male-dominated environment. Personally speaking, I would never have come across any overly sexist comments, just banter, but nothing different to any workplace in any industry."

By the end of last week, the public, various broadcasters and sporting figures had added their voices to the debate raging around the two Sky presenters.

Amongst them were Irish world-champion boxer Katie Taylor who admitted that women would always be faced with sexism in sport.

"It's a man world at the end of the day, especially in sport," she said. "I've been playing football since I was eight and most girls interested in football know the offside rule. That lineswoman [Sian Massey] had a great game, it wasn't fair on her."

While the controversy looks set to continue, Hannigan has come to her own conclusion. "I personally would like to see Andy Gray turn around to Katie Taylor and tell her she does not know the offside rule and see what happens," she said.

"There would be one person left standing, and let's put it this way, it wouldn't be Andy Gray."

I wonder how many of these woMEN who are screaming blue murder at the comments have dresses and high-heel shoes in their wardrobes. I'm tempted to say trousers and comfortable shoes would be more likely.