Home News | International | Letters | Editorial & Opinion
The Empire strikes back
In the UK media paddywhackery is informing much of the coverage of Ireland and the economic crisis. But with loose talk costing money, accounts of the 'beer-soaked musings' of feckless Paddies are damaging, says Michael Clifford 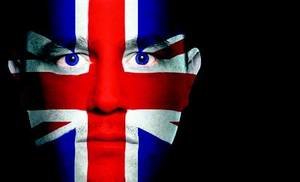 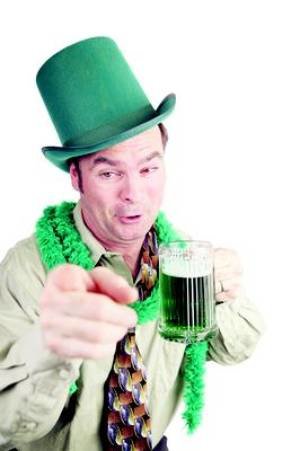 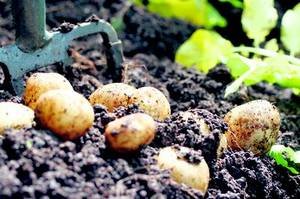 Stereotype: a nation of merry spud pickers until the Celtic Tiger

A few months back, when this perfect storm was gathering pace, some financial whizz kids had a new name for London. They were calling it Reykjavik-on-Thames. This was a reference to Iceland and its state of bankruptcy. The implication was that the UK economy was so bad, the country would soon be joining Iceland on the International Monetary Fund's client list.

An observer with a keen sense of history, or one with a sneaking anti-British bias, might have made hay with the situation. The UK's demise could, for instance, be traced all the way back to the days of the empire, when Britannia ruled the waves, killing and plundering as it went.

This savagery said something about the British character that was apparent in the way they did business in the modern world. They were ill equipped to deal with the emergence of economic powerhouses in corners of the globe where the natives had once been slave fodder for the empire.

A misplaced superiority complex ensured that the country didn't join the euro. The refusal to recognise that the UK was no longer a world leader resulted in piling up debt to keep reality at bay. Britannia was struggling to keep afloat. In the end, the national character was so traumatised by the new world order, it began manifesting itself in lager louts and racist thugs. The empire was shown to have no clothes. Has anybody got a number for the IMF before the National Front grabs power?

The above analysis is complete tosh, drawing on worn stereotypes and anti-British prejudice that lingers in some quarters. It does, however, give an idea of some of the corresponding tosh that is emerging from the UK about the other island once wholly owned by John Bull.

Worn stereotypes and anti-Irish prejudice inform much of the coverage of this country in the UK media in relation to the economic crisis. And the muck isn't confined to the right-wing element that pines for Britannia.

One recent example was Brian Lenihan's appearance on BBC's Newsnight programme. Presenter Emily Maitlis dragged up the 'what's the difference between Iceland and Ireland: one letter and six months' joke. This was just a month after the Reykjavik-on-Thames label was doing the rounds.

She kept a straight face when asking about nationalisation of Irish banks. Lenihan had to point out to her that the UK was leading the way in this regard, but facts were a sideshow in presenting a yarn for the British viewers.

None of this would matter in normal times, but right now, loose talk costs money. Perceptions are vital in a world that is struggling. When choices are being made of where to invest, or to which nation state money should be lent, accounts of the feckless Paddies can be damaging.

One account that outstrips all others was a recent magazine article for the Sunday Times. It was a classic treatment of Ireland as viewed through John Bull's eyes, replete with booze, fecklessness, the peasant's ritual attachment to funerals, religion and corroborators. And, of course, potatoes.

It began with a tasteless account of the demise of property developer Patrick Rocca. "In Ireland, the biggest funerals take place in the smallest churches." This wasn't just the last rites for one unfortunate man.

"To many, the bells that rang out as the hearse pulled away were a lament for a nation. The Celtic Tiger that transformed a beer-soaked backwater into the envy of every small nation with a thirst for a makeover is dead." The author, John Arlidge, was just getting into his stride.

This "beer-soaked backwater" had been the envy of all small nations a few years ago when the "Emerald Isle was the best place to live in Europe".

He went on to give a considered analysis of how the beer-soaked nation pulled itself up by its bootstraps. It was all down to some "beer-soaked musings" in a small pub called Doheny & Nesbitt's, round the corner from Government Buildings.

"In the late 1980s, with the euro promising currency stability, a clutch of economists, politicians and civil servants planted the philosophical seeds for the Irish economic miracle. What if, their beery musings went, Ireland slashed taxes, reduced import duties and embraced foreign investment; then adopted the euro, giving it access to a much bigger capital market and enabling it to enjoy increased investment from Brussels and low interest rates set by the European Central Bank (ECB); and finally threw in traditional advantages – cheap labour, the English language and GMT. In the new globalised market, surely this would create economic alchemy, turning the base metal of Irish productivity into pure (Kerry) gold?"

The most pertinent question arising from that analysis is through which of his orifices is this guy talking? The euro came into being around 15 years later, in 2002, when Ireland's boom was actually on the wane. By the late 1980s, foreign direct investment was long a key policy.

Investment from Brussels (EU funds) was heading towards zero when the euro was introduced. The interest rates set by the ECB, which was still nearly a decade off in the late 1980s, is a function of the main performing economies in the zone, principally Germany and France. In the late 1980s, long before there ever was a single currency, the author reckons Irish economists and politicians on the piss had a crystal ball looking 15 years into the future. But hey, don't let facts disrupt the flow of the tale.

And what's that about GMT? The Irish economy can thank its location in the same time zone as the UK for its economic performance? Can Mr Arlidge distinguish between commentary and comedy?

His "beer-soaked musings" in Doheny & Nesbitts was the precise term used for a similar description in the New York Times last January. Through two leading English language newspapers the word has now gone out that the Irish economic miracle was down to a few bright sparks formulating policy while half cut, dragging the population, kicking and screaming, into the real world.

For the record, alcohol sales in the Republic for 2008 were down over 5% and the pub business is in freefall. British readers might have found that interesting, but it might have spoiled Mr Arlidge's yarn.

Anglo-Irish history is littered with tales of corroborators who ensured that John Bull's jackboot usually got a proper swing at the peasants. These days, the corroborators confine their activity to feeding the image that organs like the Sunday Times wish to propagate.

In this case, one John O'Keeffe, the editor of a publication called Irish Entrepreneur, provided the goods.

"He left Dublin in 1986 and worked for Swiss Bank Corporation and Barings in London before returning in 2000 to a country where only the rain seemed familiar," Arlidge wrote, before quoting the incredible Mr O'Keeffe.

"'I left a godly land of broke but merry alcoholics and came back to a place where people who used to dig potatoes were buying luxury apartments sight-unseen and driving Porsches. It was worse than the 1980s boom that I lived through in London because it was so un-Irish, so the selfishness, the vulgarity seemed worse. There were more divorces. On a Sunday the shops were full with people who seemed to worship Versace in the way our grandmothers worshipped the Virgin Mary.'"

Digging potatoes? In the godly 1980s? Agriculture accounts for around 15% of GDP and it wasn't much more in the 1980s, when manufacturing was to the fore. Religious observance was well on the decline when the bould John left the country. Was Mr O'Keeffe a spud picker himself in a field attached to a seminary? Or was he dreaming of a Back to the Future movie featuring Dev's agrarian society of the 1950s?

There was 3,500 words of this tosh, designed for British readers, who want reassurance that at least Oirland is in worse rag order than their own country.

Arlidge visited Michael O'Leary in Ryanair's HQ, "on a drab industrial estate", which "scarcely looks like the future. It's so Spartan there's no heating in the lavatories."

Anybody who has ever heard of O'Leary would understand that the surroundings reflect his attitude to cost control in a business. Instead, here, the impression is given that even a world-beating Irish company like Ryanair is struggling for air in a Soviet-style backdrop.

Meanwhile, in pubs across the land, Paddies engage in beer-soaked musings, before going home to a lonely potato for dinner, lovingly picked that day by a woman wearing Versace. Begorrah lads, twas great while it lasted, but then the rain came down and washed away the future. Let's sing a song and do the Riverdance and maybe some day we'll make it to Godless Britain.

Many elements in the British establishment were uneasy at Ireland's economic success. Through the boom years of the mid-'90s to 2001, into the bubble years that burst in 2008, the Irish economy was often reported in terms of incredulity rather than any proper analysis. Those of us who lived in London through the IRA's bombing campaign in the 1980s can testify to the admirable tolerance of many British people. But the establishment, and the vocal right wing, always preferred Irish success to be confined to performers, on TV, on the stage. The stereotype had to be fed.

Apart from deep-seated prejudice, there is another issue driving some of this stuff, and that is single European currency. John Bull needs to be reassured that he was correct in maintaining his sacred sterling, while the wet Europeans gave up a little bit of their nation states. Where better to look for that reassurance than across the Irish Sea, where the natives must learn that they would be better off sticking with Bull, rather than sloping off to Brussels.

When such matters touch on national insecurity, resorting to crass, outdated stereotypes is all that's left. The poor dears.