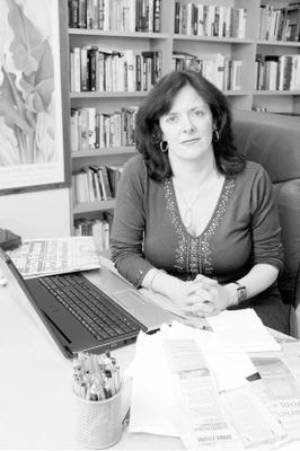 The Police Service of Northern Ireland is demanding that the Sunday Tribune's Northern Editor, Suzanne Breen, hands over all material relating to stories she has written on the Real IRA or else it will take legal action under the Terrorism Act.

The PSNI arrived at Breen's Belfast home last Monday, giving her three days to hand over phones, computers, disks, notes and other material relating to two articles she had written on the paramilitary organisation.

They want material relating to the Real IRA's claim of responsibility for the murder of two British soldiers at Massereene barracks, and to an interview with a Real IRA Army Council representative in which the group admitted killing Provisional IRA informer Denis Donaldson and threatened to murder more soldiers and police.

Breen said: "I wont be complying with the PSNI's demands. Compromising sources undermines the freedom of the press. Journalists and police do different jobs. Our role is to put information into the public domain. If a journalist becomes a gatherer of evidence or witness for the state, they cease being a journalist."

Sunday Tribune Editor Nóirín Hegarty said: "This paper fully supports its Northern Editor. Our stories were clearly in the public interest. We stand firm in upholding journalistic ethics and the protection of sources, and we will continue to do so to the highest level."

The Sunday Tribune has received strong support from the National Union of Journalists (NUJ). General Secretary Jeremy Dear said: "If the police and security services believe they can force journalists to become part of intelligence-gathering operations, the very future of independent journalism will be put at risk.

"An investigative journalist's job is to expose the truth. They can only do that if their sources know they can speak openly and in confidence. The authorities must recognise the special nature of journalistic material and respect Suzanne Breen's right to keep her sources confidential."

NUJ Irish Secretary Séamus Dooley added: "The Sunday Tribune has a strong record of defending press freedom. We welcome the stand taken by the newspaper on this issue."

Its director, Jane Winters, said: "Journalists can't afford to pick and choose which sources to protect. Any journalist who allows themselves to be coerced into revealing a source does the whole profession a disservice because they create the public perception that journalists as a whole can't be trusted to maintain confidentiality."

Professor Brice Dickson of Queen's University's law school said: "It's essential to the running of a healthy democracy that investigative journalists be allowed to go about their perfectly lawful activities without being impeded or constrained by police. What the PSNI are proposing to do is, in my view, a perversion of the Terrorism Act."

NUJ member Suzanne Breen Northern corresponded for the Sunday Tribune is under pressure from PSNI to disclose journalistic material and sources. Her union, editor and the newspaper are fully behind Suzanne withholding this information and material in line with the Code of Conduct of the NUJ and protecting her journalistic material. This case is similar to issues in the Ed Maloney case protection of journalistic notebooks successful High Court judgement in his favour and Liam Clarke the heavily criticised police raids on his office and home by the Police Ombudsman office. We should never confuse the role of the police and the role of journalists. The police’s role is to gather evidence in support of prosecutions before the courts. The role of journalists is to gather information and put it in the public domain. It is essential for democracy to have a free press and journalists need to investigate without interference of the state.