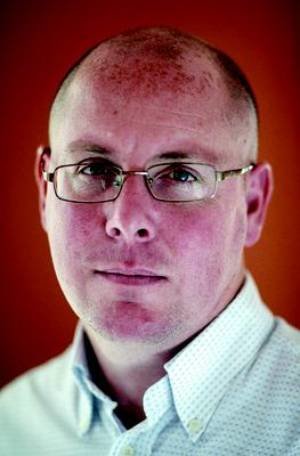 THE rogue trader who single handedly brought about the collapse of Barings Bank has said Ireland will be paying for the mistakes of its "incompetent" government and banks for another three decades.

Nick Leeson, who spent over four years in prison in Singapore between 1995 and 1999, said he is not confident there will be an appetite for putting bankers behind bars.

"It looks to be far more irresponsible in Ireland than anywhere else in the world," he told the Sunday Tribune. "The government, the Central Bank and the regulatory authority have been totally incompetent and anyone who says otherwise is lying."

Leeson, who moved to Ireland in 2003 and who is now chief executive of Galway United football club, made international headlines when his illegal dealings got so out of hand that he sank the queen's bank. But despite his murky history in finance, the former trader says Ireland is now the big bad wolf of the international banking catastrophe.

"I don't think anything should alleviate the level of anger. Ireland is a net borrower; they are borrowing at a low rate but that is only going to go one way, up. So it is going to cost more and more to service these problems," he said. "I would imagine that the Irish people are going to be paying for these mistakes for the next 25 to 30 years at least. That is the remainder of my lifetime. Why would the anger alleviate?"

Leeson admits he is not enough of an expert on the complexities of the financial collapse to comment on who should be prosecuted for what, but says he is concerned there may not be the will to bring criminal charges.

"In my own case, I needed the input of the bank for prosecution to be forthcoming. There have been cases in the past where banks have refused to go to the police," he said.

"Every individual case has to be dealt with on its own merits and if there is something illegal it should be punished to the letter of the law. But in the majority of cases it's just damn stupidity.

"If you investigate long and hard enough you will at least find evidence of false accounting. What punishment that carries in this country I have no idea but life in prison? It's not the US; I don't see that happening."

Since moving to Ireland, Leeson said the level of borrowing here was obvious and its results were little surprise.

"Credit has been available far too easily. If you put people in a sweet shop with lots of money they will gorge and gorge. It has been too easily available at too low a cost," he said.

"There is a façade that surrounds the world of finance. It's like when you go to the doctor and you expect that they know what they are doing and you have complete faith and you hope they will cure you.

"It used to be the same with the banking system, that you put your money in there and you hope they deposit it for you but now, over the last 18 months or so, that façade has come crashing down and that is apparent to every man in the street."