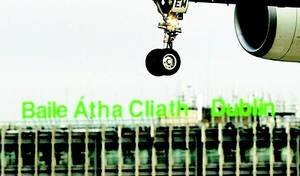 Dublin Airport name change: idea to be considered after summer 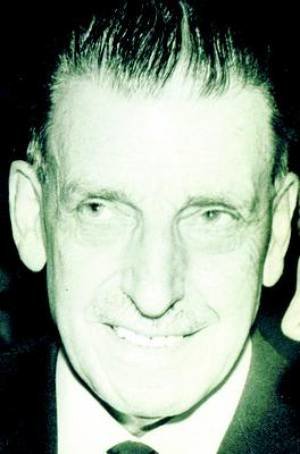 Seán Lemass: 'not a tribal figure'

A proposal to rename Dublin Airport after former taoiseach Seán Lemass will be considered in the autumn, the Sunday Tribune has learned.

Transport minister Noel Dempsey is likely to bring the proposal to cabinet after the summer break. The proposed name change to Seán Lemass Airport Dublin would be done in the context of the opening of the new Terminal II in November.

Dempsey stressed this weekend that no final decision had been made and it was a matter for government, but he personally thought that calling Dublin Airport after Lemass would be "very appropriate".

Lemass's record "speaks for itself", he said. "He is regarded as the architect of modern Ireland. The new airport terminal just completed looks fantastic and extremely modern and is the epitome of all Seán Lemass worked for," Dempsey said.

Asked if he was concerned that the move to name the airport after a Fianna Fáil taoiseach would be regarded as tribal and politically divisive, the minister said he had often heard members of the opposition talking about and quoting Lemass and his achievements.

"He was not a tribal figure in the same way as other political leaders of Fianna Fáil or Fine Gael. I don't see it being a major problem," he said.

The naming of the airport is a matter for government as the shareholder in the Dublin Airport Authority. But it would seek the advice of the DAA and the Irish Aviation Authority to ensure that the new name did not cause any difficulties for international air-traffic control. However, this is not expected to present any major difficulties.

Lemass led the country from 1959 to 1966 and is often described as the state's best taoiseach. He was also responsible for establishing Aer Lingus in 1936.

Dempsey's move to bring the issue to cabinet follows a four-year campaign by former Aer Lingus employee and Fianna Fáil activist Tom Beary to name Dublin Airport after Lemass. Beary, who is president of the Fianna Fáil organisation in Dublin North-East, wrote to all Fianna Fáil ministers in January urging this move.

A number of airports internationally are called after statesmen, including JFK Airport in New York, Charles de Gaulle in Paris and Pierre Trudeau in Montreal.

Great idea. Only problem is that the name will be unfamiliar to young people. However, their elders, of all political persuasions, can soon put them right. "Daddy, who was Sean Lemass? Oh, just a guy who used to run Fianna Fail before they became economically illiterate."

I find myself supportive of the suggestion to rename Dublin Airport after Tom Clarke to coincide with the centenary of the Easter Rising. Tom Clarke was a most unlikely revolutionary. He was born on the Isle of Wight, the son of a British army Sergeant. So highly was Clarke thought of by his revolutionary peers during Ireland's fight for independence that he was given the honour of being the first to sign the Proclamation.

To those who would oppose renaming Dublin Airport in honour of Tom Clarke because of the physical force tradition adopted by him, may I say that the Easter Rising is as much part of our history as is the famine and Queen Victoria. If we in this State have the political maturity and generosity of spirit to accept the many place names in Ireland which reflects our imperial past, should we not adopt the same maturity to accept our own revolutionary past?

The sacrifice the Clarke family made to Irish freedom is significant. Tom Clarke's widow Kathleen not alone lost her husband but also her brother Ned Daly, who was executed two days after her husband for his part in the Easter Rising. In addition, Kathleen Clarke in 1939 became the first woman to be elected Lord Mayor of Dublin. Surely a worthy new name for Dublin Airport for 2016.

I think this is just a tribal FF idea and typical of Cowen to divert attention from present misrule of country. And Mr. Lemass was involved in civil war,and was a big business mogul. Dublin Airport was formerly called after Collins- Collinstown, but that was dropped by FF in a Stalinist type purge.Thats the way FF think.

What about "Ireland's Re -publican Airport (the home of Guinness , bad ideas, and lost generation's), if this does not fly then perhaps we could call it the "Ray Bourke' Airport, allegedly he was a bit of flyer until he was grounded.
If all else fails we could call it after "Bertie,
"Bertie's Airport" where the pint of baaasssss is always best.

As long as it's not called "Airport of tears".
where most of the lost generations of recent times departed from.

That maybe a little close to reality.

Another thought " Kennedy Airport Dublin".
As a honour to the Boston Kennedy family,
they appear the have given the Irish more pride in being Irish/themselves/ than any political party members etc.

Oh why don't they just call it "Ryanair's Airport", because one day his will be the only airline flying in & out of same. & because Michael is a "Genius"!

Why not name it "Lame Ass Airport".

As A member of the Lemass family and the youngest grand daughter of Sean Lemass it is disappointing to see some comments and inaccurate information of the above thread. If our young people dont know who he is then all the more reason to name it after him. We have a Jack Lynch tunnel, a Charles de Gaulle airport etc The Lemass family would be honoured if Sean Lemass were to be remembered for his contribution to modern Ireland is such a way