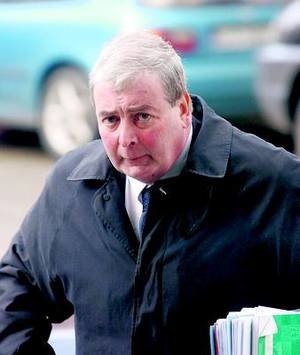 A crime that crosses class boundaries: Circuit Court judge Brian Curtin was prosecuted for buying child pornography over the internet with his credit card 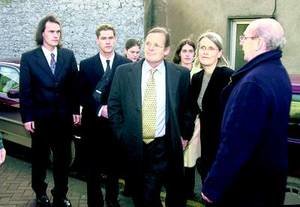 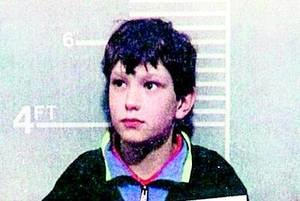 Jon Venables, who was convicted with Robert Thompson of killing British toddler James Bulger in 1993, was charged last week with downloading child pornography

THIS WEEKEND in towns across the length and breadth of the country, men are sitting in the comfort of their homes downloading and swapping images of children being raped. Some of the children are still infants. Others are older and the pain and realisation of what's happening to them is visible on their young faces. In one of the most graphic photographs ever detected, an attempt is made to orally rape a newborn baby still attached to its mother by the umbilical cord.

Some men (and possibly women too) are sitting alone in darkened rooms as they download these images across Ireland. Others may be gazing out the window at children playing on the street.

"The depth of this problem we have in Ireland is beyond shocking," says Dr Niall Muldoon, national clinical director of CARI (Children at Risk in Ireland). "This has to be a wake-up call. The people who are doing this are living in communities all over the country. They are our neighbours, people we all know."

Some people participating in this depraved criminal activity must have been glued to their computers almost continuously – one Dublin-based individual's PC was detected 315 times in January downloading or sharing images of sexual abuse of children. There is an undisputed link between people who access child pornography and paedophilia.

It works like this: P2P file-sharing networks allow users access each other's computer hard drives to share files. These networks act as online communities where members with similar interests share, search and download files which are located on their computers. Each member of the community has its own collection of files which it shares with others. All the members of the community have the same software, so enabling the transferring of files.

Once installed, community members can start downloading files from each other's computers. The members of each group can be from anywhere in the world. It is possible to download a single file, an entire directory, or an entire hard drive. P2P is predominantly used for the sharing of music and movie files. But it is also perfect for the distribution of child pornography.

'The situation is far worse'

TLO also monitors activities in chat rooms and other internet-based communications. It provides this service free of charge to 36 countries worldwide and across many of the US states as part of its philanthropic ethos.

Recently, a detective from the Domestic Violence and Sexual Assault Investigation Unit underwent a training seminar in Denmark by TLO. Essentially, this officer will now be able to use the company's software to detect when, and exactly where, people in Ireland are using peer-to-peer networks to download and share child pornography.

"The technology we provide is just a tool used by law enforcements worldwide to monitor the situation. After we provide them with the data, extensive police work must take place in terms of building cases against people. In a way, what we provide law-enforcement agencies with are very good leads. But we have provided data to police all over the world that has led to arrests and prosecutions," adds Racioppo.

Soon, they begin to swap tips on how to gain access to and groom children. And not long after that, people who initially had only a vague interest in the world of paedophilia are beginning to make plans about how they can get photos of children to share with their new friends.

Avid collectors of child pornography consider themselves serious hobbyists. It is a way of normalising the crimes they are actively participating in. It is a sad fact that "collections" of child abuse images exist. And people will go to extraordinary lengths to assemble an entire set.

Before the internet went mainstream in the mid-'90s, people with urges to view pictures of children being raped had no channel for their desire. So, in most cases, these feelings did not have the opportunity to flourish and intensify.

"Before the internet, there were of course people who wanted to look at pictures like these. They were usually loner types, they knew they were weird. But the internet has given these people a community to explore these desires they have. It helps them reach out. A lot of the guys who get involved in this crime would never have had it if it wasn't for the internet."

There is no 'typical profile' of the type of man who is attracted to child pornography. Men of all ages and social class engage in the activity.

"In many cases, it starts off as a passing fancy to have sex with children. Some people will think they're interested, download pictures once and then never do it again because it disgusts them. But for many others, the more images they see, it's an edge that keeps creeping up," explains TLO's Steve Racioppo.

'It's a troubling thought'

"In one case, a grandfather, his son and the grandson were all involved," says Steve Racioppo. "It's a troubling thought how something like that could develop."

In the vast majority of instances of women being detected engaging in this crime, they are being coerced to do so by the bullying influence of a man in their lives, according to John Carr.

"From all the countries we provide data to, we would describe Ireland as in the zone of average. We would not classify Ireland as a cesspool of activity but Ireland is clearly not unaffected by this crime either," says Steve Racioppo. "In a four-week period in the US, one million computers are involved in this activity. People in Ireland and all over the world need to stand up and address this problem. For the safety of our kids."