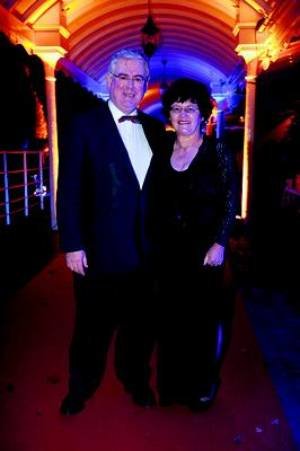 THE wife of Labour Party leader Eamon Gilmore sold a two-and-a-half-acre school site in east Co Galway to the state for €525,000, the Sunday Tribune has learned.

Details of the transaction between the Office of Public Works and Carol Hanney, who is chief executive of Dun Laoghaire VEC, emerged after this newspaper revealed earlier this month that the Department of Education spent more than €190m on sites for schools between 2005 and 2009.

According to conservative estimates provided by property experts, the most the state should have expected to pay was €25m if advance school-planning had been properly designed.

A spokeswoman for the Office of Public works (OPW) confirmed it acted on behalf of the Department of Education in the purchase of a 2.5-acre school site for a national school in Killimor, which is close to Loughrea, from Hanney.

"All sites purchased by the OPW on behalf of the Department of Education are subject to a valuation being carried out," the OPW spokeswoman said. "The commissioners' valuer inspected the site and advised that the agreed price was reasonable."

Gilmore told the Sunday Tribune he had "no involvement" in the sale process, but did not comment on the price achieved for the sale.

"[Carol] had been approached a number of years earlier by the board of management of the school, who were interested in the site because of its location in the village," he said. "The site was part of land surrounding the family home, which Carol inherited from her late mother. The site was sold in response to a public advertisement seeking land for the school. The price agreed was that for which the land was professionally valued at the time."

However, the revelation could prove embarrassing for Gilmore, amid serious concerns about the extent to which the state paid 'boomtime' prices for school sites around the country.

Among the other major beneficiaries of school-site land purchases between 2005 and 2009 were well-known property developers such as Joe O'Reilly of Castlethorn, Joe Moran's Manor Park homebuilders, and Séamus Ross of Menolly Homes.

In relation to the scurrilous presentation of your article about the sale of a site in Co. Galway by Mrs. Gilmore to the Office of Piblic Works, is there an ethical level below which you are not prepared below?

I have found this to be a very informative article - its hard for Gilmore to be pointing the finger at others in the property speculation business when his close family have done very well out of the boom thank you - how much is that 2.5 acres worth today.......2.5 acres of the best agricultural land in County Meath would cost 50K......is there gold in the fields of Galway......

They're all the same; those that like to throw the blame.

I am amazed to see the little attention that this story is getting from our state broadcaster. Is this the start of Soviet style control of the media that we can except from a Labour led government

The only difference between these venal, rapacious politicians, is the name of their party.

Ah.. the good old freedom of info, this most undesirable of instruments, our politicians & their legal eagles unwittingly signed up to, just around my place, local landowners gave their lands for free, for schools, football fields, ball alley places, community halls etc. etc. We should demand that the government give the land back, & recover our money.

Give back the land & recover our money.
where I come from, land for schools, playing fields, football pitches, ball alleys, community halls, etc, were donated by the local farmers, not that they had an abundance of land to give away.
this greedy lot, forgotten the 10 commandments.

This is plain hypocrisy. How many of you bought/sold houses at over-inflated prices in the past? Pretty much everyone in the audience. What did you expect Gilmore's wife to do? Sell the property below market value to please a bunch of hypocrits? I'm so sick of people preaching correctness but they do exactly the opposite. I'm sure if you would put your home on sale right now, you wouldn't be happy if I offer you a price below market value.

Dear old Andreas, you missed the point, the land in question was supposedly a site for schools, not for the development of industrial premises.
People as the Gilmore's could well afford to donate the land , I repeat a man with a family of 10, and a small holding, donated s site for a local primary school & large playing fields in the 60.s, an old school had been built in 1887 on his land, his land of course was ideally placed for access for the children of the parish, this was a man of principle, hard-working,
honest, he gave to the parish. this ethic has somehow been lost along the greedy path. Now Lenihan will front load all he can in the form of tax.