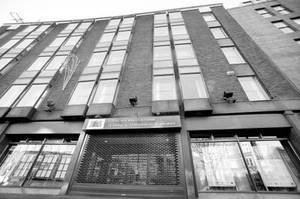 EMPLOYEES across 54 separate state boards and agencies are paid on average more than €70,000 each a year, an analysis of Department of Finance figures has shown.

In a stark illustration of how public sector wages spiralled way above national standards in some parts of the state sector, average salaries in some bodies rose as high as €100,000.

An analysis of the figures shows clearly how cross-border agencies, which are co-funded by the British government, had the lowest rates of pay because some workers were employed in Northern Ireland.

According to the Department of Finance's own figures, the best-paid workers were in the Irish Auditing and Accounting Supervisory Authority. Pay in that body in 2008 came to a total of €1.22m for just 11 different employees.

In the controversial state agency Fás, the average salary was €60,276 across the 2,276 people working for the training agency. The wage bill there last year was €136.94m, the figures indicate, with the hefty annual salary skewed by significant pay awards to executives at the body.

Employees at the Railway Safety Commission also had an average salary of more than €100,000, with €829,000 in pay shared between eight employees. Administration and pension costs totalled €1.238m, meaning the average job in the commission cost €258,500.

Pay at the IDA was also significant, with a wage bill of €28.11m shared across 285 people. That meant an average salary of €98,632 at the body, which is responsible for attracting industry into Ireland.

In the National Economic and Social Development Office, salary scales were similarly high, with average pay coming to €98,875. The office had salary costs of €2.373m shared across its 24 employees in 2008 with a further €2.99m paid out in pensions and administration costs.

Salaries were significantly lower in North/South bodies where workers are employed both in the Republic and in Northern Ireland.

In the North/South Special EU Programmes Body, the average salary was €53,139 shared across the 36 employees, with a wage bill of €1.913m.

Other cross-border bodies also had relatively low rates of pay, with an average pay of €51,499 at Waterways Ireland and €46,963 at the Loughs Agency and Lights Commission.

Meanwhile at Údarás na Gaeltachta, which would also benefit somewhat from a rural location and the consequent lower cost of living for employees, the average salary was €75,893. The total wage bill at the Gaeltacht body was €8.5m for 112 people, with a further €7.18m spent on pensions and other administration.

The average wage at Foras na Gaeilge, an Irish-language body, came in at €68,976 across the 42 people who were employed at the agency. The total wage bill there was €2.897m.

Other agencies that enjoy healthy average salaries include Tourism Ireland, where the average wage was €90,263 for the 156 people working there. Their counterparts in Fáilte Ireland, another tourism quango, fared a little less well – their average salary works out at €81,283.

Employees at Bord Bia did better and the salary paid out per employee totalled €94,898. The average wage exceeded €90,000 in one other body, the National Standards Authority of Ireland, where €14.431m was shared between 157 people.

These average figures are meaningless without the median figures. Why does the CSO not publish such figures one wonders?

Put a lowly Garda and the commissioner together and you get an average wage of 150 thousand but there's not a single Garda walking the beat that earns even close to that.

The figures for the private sector don't include the top men in their 'average' figures thus the stats are warped and unfair.