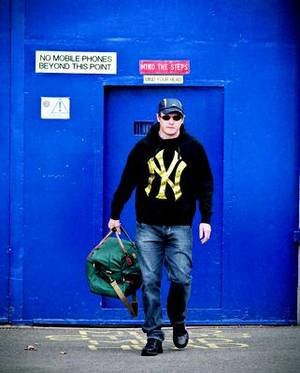 Gardaí have major concerns about the way the media is pursuing freed rapist Larry Murphy and believe that the conduct of the press may be putting the general public in danger.

Commissioner Fachtna Murphy and his senior management team have been alarmed at the constant coverage of Murphy's movements and are worried that the pressure could ultimately lead to the 45-year-old either re-offending or committing suicide.

A senior source close to the garda commissioner said: "A highly stressed sex offender is the most dangerous thing that can happen. He is undoubtedly under huge pressure at the moment. We think he is already at high risk of re-offending. The media say they are trying to raise public awareness about him but in reality they may actually be putting people in more danger by the manner in which he's being pursued."

Retired assistant commissioner Martin Donnellan said the excessive media coverage of Murphy could be detrimental to the work of gardaí. "Too much hysteria is unhelpful. I am confident of the garda management system in place to monitor him. People should have faith in the gardaí to do their jobs," he told the Sunday Tribune.

Liam Herrick, of the Irish Penal Reform Trust, said he was concerned that some of the coverage was taking a "dangerous direction… Certain coverage has stepped over the line. The media need to act responsibly. Of course it's an important story but the media have to be mindful of not interfering with the work of gardai." Herrick added that the congregation of an angry mob outside a hostel in Coolock, north Dublin, last Thursday night, where locals mistakenly believed Murphy was staying, was a troubling development.

Fine Gael's Charlie Flanagan said the media coverage was creating a level of public hysteria over Murphy. "The media frenzy is unhelpful. Now is the time for calm appraisal. It's totally unacceptable that the media should engage in what is a job for gardaí. There's a thin line between public interest and the sale of newspapers."

Fine Gael TD Billy Timmins, from Baltinglass, Co Wicklow, where Murphy is originally from, said some of the media coverage was unnecessary. "There are some aspects [of the media coverage] that have been going overboard and serve no purpose, particularly with respect to contacting Larry Murphy's family."

It can also be revealed that Murphy has sought the refuge of the church and is this weekend being assisted by a chaplain attached to the Irish Prison Service.

It is thought that the prison chaplain has been advising Murphy about the options available to him now that he has been released after serving 10 years of a 14-year sentence for the rape and attempted murder of a woman in Co Carlow.

The married father of two caught the 7.30am train from Heuston Station to Cork on Friday. He spent around three hours there, where it is understood he was meeting a friend from prison, before returning to Heuston Station where he was greeted by a television crew and gardaí.

The Catholic priest picked Murphy up in his car from Heuston and brought him to Kevin Street garda station where gardaí facilitated a private pre-arranged meeting between the two.

Murphy did not complain to gardaí about the conduct of the media on that occasion and did not engage with gardaí in any way during his several-hour stay at the station. However, he did make a complaint to gardaí about the "harassment" hours after he was released on Thursday. He left Kevin Street on Friday night accompanied by the chaplain and didn't inform gardaí where he was going. A large team of detectives from the National Surveillance Unit continues to monitor him 24 hours a day.

It is also understood that Murphy is considering taking legal action to prevent the media harassing him by following his every movement. Gardaí at Coolock last week told the suspected serial killer that they could not stop the press from following him and advised him to seek legal representation.

Murphy is regarded by gardaí as being a suspect in the disappearances and suspected murders of three women in the 1990s.

So there is a possibility he may commit suicide?we can only hope.

People should have faith in the gardaí to do their jobs. Please don't base this faith on past performance.

This man should never have been released.if another unfortunate girl is raped and murdered responsability will be four square on the head of Mr Ahern.

"Murphy has sought the refuge of the church and is this weekend being assisted by a chaplain",it used to be that convicted sex offenders sought advice from a solicitor, these days they get the best advice on what to do from the catholic church.

Larry Murphy is a suspected serial killer - this at a time when the Gardai are digging up the bodies of innocent people murdered by IRA Serial Killers....I thought it sick that Sinn Fein in Wicklow were raising public concerns about an alleged serial killer.....when many IRA serial killers still stalk our streets.....

Yes, "knowtoomuch" is right.
The Irish are shown to be beyond any moral redemption,
when they stand idly by for the cynical lies and PR of the sickos of Sinn fein and the RC Church.
But what too of the sick cyniscism of the media and the rabble-rousers who are savagely hunting the rapist Murphy, while we, as a nation, continue to vote for and pay homage to our political, social and financial betters, the serial financial rapists and celtic tiger murderers who sit in Dail eireann and the Seanad ?
Only commenting.............

Jack - you have captured the true mood of the nation - well said.