Home News | International | Letters | Editorial & Opinion
There are some things money can't buy. For everything else, there's...
Irish embassy staff are living it large and running up massive bills on everything from lavish meals in top restaurants to furniture from upmarket stores. Ken Foxe, Public Affairs Correspondent, finds out how ambassadors are spoiling themselves, at our expense 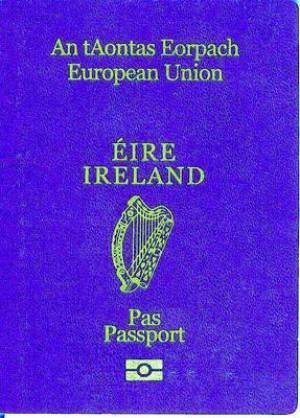 They are our representatives abroad and have the privilege of working in some of the most desirable cities in the world. Now it seems that our ambassadors and embassy staff have learned a trick or two from their political bosses when it comes to the expenses system.

Hundreds of thousands of euro have been charged to government-issued credit cards by our men in Havana, and elsewhere.

Meals costing over €2,000, NBA basketball tickets, wine at off-licences, home furnishings, pictures and congestion charges were all paid for by credit cards, with the bill inevitably picked up by the taxpayer.

The credit cards were held at a selection of embassies abroad including Brussels, London, the Hague, Chicago, New York and Paris.

The largest bills were run up at the embassy in Chicago, where the cost of official entertainment frequently ran to several thousand dollars a month.

In February 2007, a credit-card statement listed a $690 (€530) transaction for tickets to see the Chicago Bulls basketball team in action.

A month later, embassy officials travelled to Texas for St Patrick's Day, where one dinner at the Café Annie cost $767 (€590).

Several of the most exclusive restaurants in Chicago saw plenty of business coming from the Irish government.

St Patrick's Day routinely witnessed massive expenditure, with the festivities of 2008 resulting in a $6,290 (€4,837) bill from the Westin Michigan Hotel.

Another frequent addition to the credit-card bill was Binny's Beverage Depot, an upmarket Chicago off-licence, where the bill in June 2008 was $1,876 (€1,443).

Monthly transactions, listed only as "The Labour Party" and "www.conservativeparty.com", were also charged on a monthly basis at £272 (€328) each.

A stereo or other sound equipment was also charged to the taxpayer at a cost of £975 (€1,777) and purchased from Bose Samsung in the centre of London.

Significant home furnishing bills were run up at the embassy in New York, where in September 2007 almost $7,000 (€5,383) was spent at two major retailers.

The home-improvement bills did not end there and the following May another $1,500 (€1,153) was spent at Gracious Home New York.

In Paris, details of payments for 2009 have only been made available, with €10,673 spent, more than half of which went on home furnishings.

The embassy also paid for two hotel stays in Jamaica.

The cards at the Embassy and Permanent Representation in Brussels were frequently used to purchase flights back and forth to Dublin, as well as rail tickets, including a €645 trip on the Eurostar through the Channel Tunnel to London.

Significant fuel bills of up to €600 a month kept the embassy limousine on the road with regular car-wash costs of €252 also billed to the taxpayer.

The card was also used for the purchase of flowers in Ireland and in Belgium at a cost of €107.95.

Other more significant items of expenditure were also charged, with a €2,263 bill from an electronic appliance store in Brussels.

One of the smallest bills was on the official card in Berlin, where two transactions at Ikea were logged costing €758.80 and €358 each. Another charge of €103 at a pharmacy was also billed to the official account.

A statement said: "The Department of Foreign Affairs operates a restrictive policy for the use of corporate credit cards for official expenditure.

"The use of credit cards in making payments is subject to the same authorisation and control procedures as other forms of payment.

"While the credit card companies require that the accounts be operated by named authorised signatories, it must be stressed that they are used exclusively for official, rather than personal use."

Those involved should be interviewed and an explanation sought,if the explanation is not satisfactory,they should be sacked immediately,no ifs,buts or maybes.
I am sick to the back teeth of having my hard earned tax euros stolen in order for some servant of the State to spend it on bling and tat.

WHEN WILL THIS F***ING THIEVING STOP?IS THERE NO END TO IT??OBVIOUSLY NOT!!!!WHAT ARE THE ODDS THOSE INVOLVED WILL GET A PROMOTION?

No wonder, this State is now in no state at all!

Most of this expenditure seems reasonable to me when the work of the embassies is taken into account. Where else do "people" think all that foreign investment capital comes from? The wheels need to be greased and this is part of how it is done. It's not pretty, but it's necessary and it works.

THE IRISH ARE A BACKWARD, INBRED RACE. They have tolerated this nonsense for decades, from the Charvet shirts era of Charlie Haughey. If Paddy had stuck to shovelling spuds and pulling cows tits, you may not be in the financial mess you are currently in. The brain matter is not present on THE ROCK.

"The use of credit cards in making payments is subject to the same authorisation and control procedures as other forms of payment." That is, none at all.
Presumably when an official wants to use the credit card for some highly questionable purchase he only has to remind the autorised signatory of his own propensity for picking the money tree dry. They're at it top to bottom.